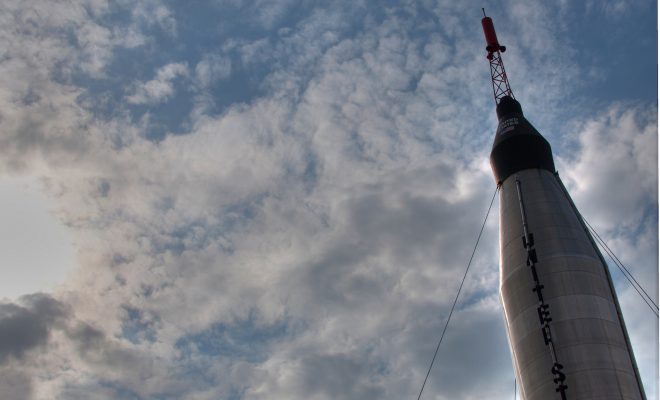 The past few months have been uncertain for NASA: President Donald Trump, after all, has shown greater affection to the private space industry than the public one. The space administration received a shot in the arm on Tuesday, however, when the House passed the NASA Transition Authorization Act of 2017, which sets an ambitious path for the space administration’s future, and earmarks $19.5 billion to finance its agenda for the coming fiscal year. Unanimously passed by the Senate in February, the bill is a bipartisan effort, and the first NASA-related legislation Congress has passed in over six years.

Along with outlining NASA’s funding–the largest allotment being “for science,” and the second largest “for space operations”–the bill is a blueprint for future programs. For example, the “TREAT Astronauts Act” section of the bill approves a NASA request “to provide medical monitoring, diagnosis, and treatment to former United States government astronauts for psychological and medical conditions associated with human space flight.”

Other approved programs involve probes into deep space, including a plan to eventually send astronauts to Mars. The bill enjoyed wide support from Democrats and Republicans, and its passage was applauded by NASA and space advocacy groups. Mary Lynne Dittmar, the executive director of the Coalition of Deep Space Exploration, a space advocacy group, said in a statement that the bill “sends a clear message to the American people and our international partners that our nation remains committed to NASA’s space exploration program.”

“We appreciate the hard work of both the House Science, Space and Technology Committee and the Senate Commerce, Science and Transportation Committee over the last two years that have led to approval of this bipartisan legislation,” Dittmar added.

The Trump Administration now seems to favor an “Old Space” (NASA) versus “New Space” (Elon Musk’s SpaceX or Jeff Bezos’s Blue Origin) approach to space exploration. And while the government’s $19.5 billion in funding is not much of a bump, it is also not less than NASA’s previous yearly budget, which usually hovers around $19 billion. The bill should placate concerns that Trump was going to slash NASA’s budget, but it also might not satisfy scientists like Neil deGrasse Tyson, who has called on the government to increase NASA’s budget. But Congress was proud it passed a bill that promises a bright future for the furthest reaches of space.

“This bipartisan and bicameral bill grew to maturity through many long and serious discussions about the future of our nation’s space program,” said Rep. Brian Babin (R-TX). “I’m encouraged by the bill’s persistent emphasis on the continuity of purpose and stability.” And Rep. Lamar Smith (R-TX), chairman of the House Science Committee, said in a statement that the bill “reiterates the importance of maintaining NASA’s continuity of purpose to ensure America remains a leader in space exploration.”