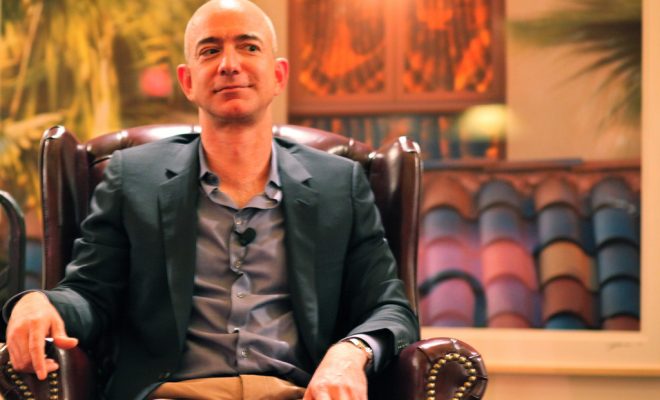 Despite the fact that over a month has passed since Amazon announced that it would be purchasing Whole Foods for $13.4 billion, lawmakers are still worried about the changes this potential move could bring.

Rep. David Cicilline (D-RI) has requested a subcomittee hearing on the purchase in the U.S. House of Representative due to concerns over depressed wages and stifled innovation.

“Amazon’s proposed purchase of Whole Foods could impact neighborhood grocery stores and hardworking consumers across America,” Cicilline, the top Democrat on the House of Representatives Judiciary Committee’s antitrust panel, said in a statement released Friday. “Congress has a responsibility to fully scrutinize this merger before it goes ahead.”

Cicilline basically cites Amazon’s movement toward automation as to why this merger may be dangerous. He adds that the markets indicated initial fears that Whole Foods would run away with all of the market share in the U.S. grocery market. The day the purchase was announced, Target shares dropped by 9 percent, WalMart dropped 5 percent, and Kroger dropped 13 percent. It is worth noting, however, that Whole Foods only controls 1.7 percent of the current market.

The Federal Trade Commission (FTC) is currently reviewing the proposed merger, meaning there still is time for the deal to fall apart–or for Washington officials to step in and stop it. But precedent indicates that that may not be likely.

Lina Khan, an associate research scholar with Yale Law School, published a lengthy analysis of Amazon’s business practices and how it has avoided antitrust issues. One of her key arguments is that since the Reagan Administration, antitrust enforcement has focused on the final price of goods for consumers. Before that, regulators would analyze the structure of a market a merger was entering into and check to see how possible it was for new competitors to enter. Since Amazon is quite good at providing lower prices to its customers, the FTC has turned a blind eye to the company’s growth.

This may lead some to believe that the Amazon-Whole Foods merger will become another example of this trend, as both companies have presented evidence that price increases are unlikely. However, Cicilline is working to change what he believes is the increasingly narrow mentality of the subcommittee. He said in his statement:

Although the role of employment and inequality in antitrust enforcement has declined in recent decades, the Subcommittee should have an active oversight role in determining whether this trend serves the public interest, is faithful to the legislative intent of the antitrust laws, or whether additional enforcement is warranted to reverse the harmful effects of consolidation on workers and labor inequality.

Cicilline is not the first lawmaker to raise concerns with the merger. Rep. Ro Khanna (D-CA) called on the Department of Justice and FTC to review the merger–which he said could impact jobs and wages–the day the merger was announced.

“We need to reorient antitrust policy to factor in the harm that economic concentration causes for American workers,” he told Vice News. “We also need to be mindful that concentrated industries stifle innovation.”

Gabe Fernandez
Gabe is an editorial intern at Law Street. He is a Peruvian-American Senior at the University of Maryland pursuing a double degree in Multiplatform Journalism and Marketing. In his free time, he can be found photographing concerts, running around the city, and supporting Manchester United. Contact Gabe at Staff@LawStreetMedia.com.
Share:
Related ItemsAmazonAntitrust LawsDavid CicillineFederal Trade CommissionMergerWhole Foods