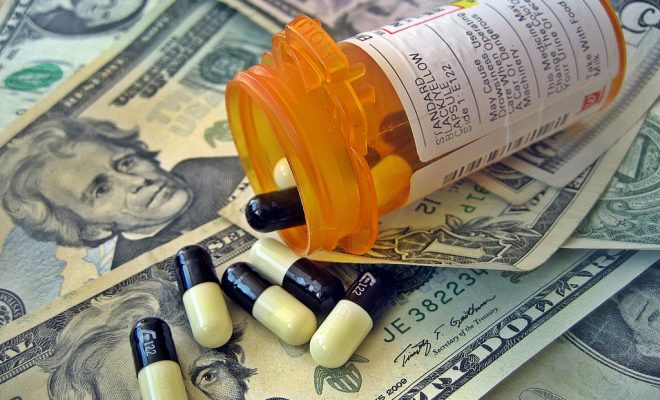 On Monday, the government’s official nonpartisan prognosticator, the Congressional Budget Office, weighed in on the newly-crafted House Republican health care bill. The projections, while not exact, paint a fairly stark picture: by 2026, the CBO report says, 52 million Americans would be uninsured, 24 million more than if Obamacare were to remain in place. The report does offer some teeth for more hardline conservatives who called the Republican plan “Obamacare Lite,” in that it would shave billions of dollars off the federal deficit.

The Trump Administration rejected the CBO report–and it sought to undermine it even before it was released–and Democrats highlighted its uninsured figures as proof that the GOP plan does nothing for ordinary Americans.

“We disagree strenuously with the report that was put out,” said Tom Price, the secretary of health and human services. Price added that the report does not account for regulatory steps he will take, or supplemental legislation Republicans will put forth in the coming weeks.

The report explains why the Republican plan, which, among other things, would scrap Obamacare’s mandate that Americans buy insurance or face a penalty, could cause the number of uninsured Americans to skyrocket. “Some of those people would choose not to have insurance because they chose to be covered by insurance under current law only to avoid paying the penalties,” the report said, “and some people would forgo insurance in response to higher premiums.”

Premiums under the Republican plan would start off higher than Obamacare–rising by 15 to 20 percent in 2018 and 2019–but would plummet by 2026, when premiums would be 10 percent lower than the current rate. And, despite concerns that the Republican plan would destabilize the insurance market, the CBO estimates that the plan would “lower average premiums enough to attract a sufficient number of relatively healthy people to stabilize the market.”

The immediate effects of the Republican plan could be devastating. Next year, the CBO estimates, the expected number of uninsured people could be 14 million more than under the current law. Medicaid, a target of the Republican plan, also called the American Health Care Act, would take a hit too. The number of Medicaid beneficiaries would drop by 17 percent by 2026, with 14 million less people covered by the program. In a boon to conservatives who lamented the AHCA as “Obamacare 2.0,” the CBO projects the plan would save $337 billion, largely as a result of less entitlement spending.

The CBO, a nonpartisan body whose current director was chosen by Republicans in 2015, is not considered a soothsayer; it is more of a meteorologist: largely accurate but never perfect. For instance, it initially projected Obamacare to insure 26 million Americans in 2017. Last year, the body revised that prediction to 15 million.

Two House committees passed the Republican health bill last week, and by the end of the month, the entire House is expected to vote. Some Republicans, like the members of the House Freedom Caucus, have called for a bill further to right. Others have expressed worry that its cuts to Medicaid are too deep. Some Republicans in the Senate have also hinted they might not support the bill. On Monday, after the report was released, Sen. Susan Collins (R-ME) said the report “should prompt the House to slow down and reconsider certain provisions of the bill.”

Alec Siegel
Alec Siegel is a staff writer at Law Street Media. When he’s not working at Law Street he’s either cooking a mediocre tofu dish or enjoying a run in the woods. His passions include: gooey chocolate chips, black coffee, mountains, the Animal Kingdom in general, and John Lennon. Baklava is his achilles heel. Contact Alec at ASiegel@LawStreetMedia.com.
Share:
Related ItemsACAAffordable Care ActCBOCongressional Budget OfficeMedicaidObamacare