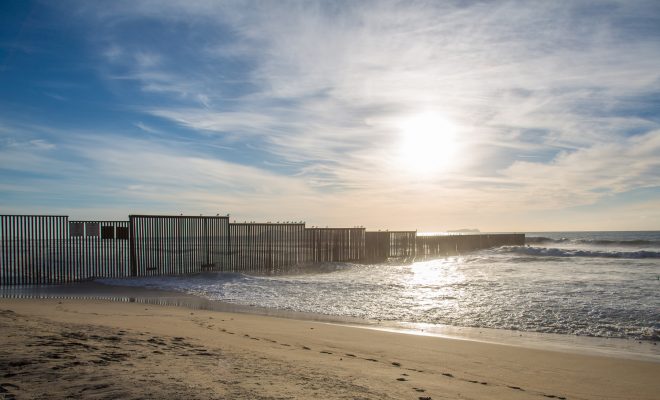 Ever since his campaign days, President Donald Trump has pledged to build a wall that will cover the border between the United States and Mexico, as a means of cracking down on illegal immigration. But those promises seem less certain each day, with Congressional Republicans hesitant to allocate billions of dollars to fund the wall and Mexico’s president denying Trump’s claims that his country would fund the project.

Now, the state of California is also pushing back against the wall by weighing the possibility of a blacklist against any contractors that Trump would hire to work on the structure.

California state Sen. Ricardo Lara, a Democrat who represents Los Angeles County, introduced a bill on Tuesday that would block companies that participate in construction of the wall from being hired by the state of California in the future. The state currently shares a substantial border with Mexico. Lara compared businesses that would potentially assemble the wall to those that would help build internment camps or segregated schools.

However, construction businesses don’t want to politicize the issue. Felipe Fuentes, a lobbyist for the state’s contractors, warned that the measure could set a precedent of “hand-picking projects that are not politically favorable to the California Legislature”–and could affect construction of everything from Planned Parenthood facilities to prisons.

Financial resistance to the wall could be the latest growing trend among mainly-Democratic states and cities looking to hit back at Trump on the local level. Soon after he resumed office, a number of mayors and governors across the country vowed that their cities would be “sanctuary cities,” in which undocumented immigrants would be protected from deportation.

Now, in addition to California, legislators in at least four other states have proposed indirect ways of opposing the wall. A public advocate in New York City introduced a bill that would blacklist contractors hired by Trump, and would require the city’s largest public pension fund to divest from participating companies. A Rhode Island representative has called for his state to withdraw its investments in businesses working with Trump. A proposed bill in New Mexico would prevent the state from selling 22 miles of land that it owns to the federal government for the purposes of building the wall. Meanwhile, legislatures in Arizona and Illinois are considering similar blacklist and divestment measures.

Victoria Sheridan
Victoria is an editorial intern at Law Street. She is a senior journalism major and French minor at George Washington University. She’s also an editor at GW’s student newspaper, The Hatchet. In her free time, she is either traveling or planning her next trip abroad. Contact Victoria at VSheridan@LawStreetMedia.com.
Share:
Related ItemsBorder WallCaliforniaDonald TrumpImmigrationMexicoricardo laraWall