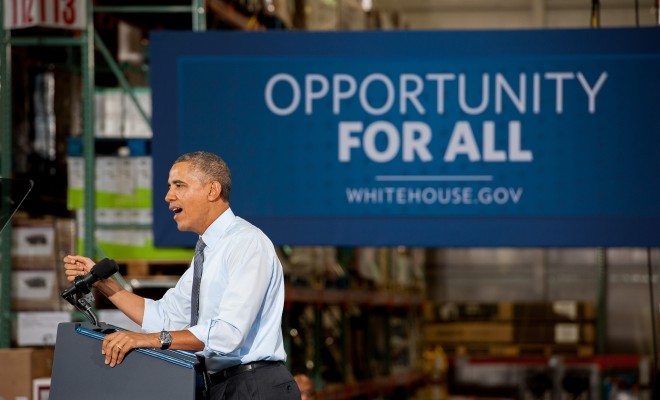 Is a $15 Minimum Wage Really What is Best for the Country?

With many states and cities around the country passing legislation to increase the minimum wage to $15, most recently in California and New York, it is easy to be really excited. It has become a hot topic in the election and #Fightfor15 has been gaining traction among many groups around the country.

However, there are some issues that we need to keep in mind as we consider going from $7.25 to $15 an hour. Here are some of the most pressing:

Not all states are created equal

Obviously in many places in the U.S., it is almost necessary for lower skilled workers to earn a livable wage, especially if that is the only money their family is bringing in. However, not all states have the same cost of living, so a federal minimum wage may not be the best idea. According to Reihan Salam of Slate:

This makes poor consumers worse off [in Mississippi] in a direct sense, in that they can purchase less with their earnings. And if consumers are at all sensitive to prices, at least some of them will choose to spend less on labor-intensive goods and services now that they are more expensive. That could reduce the number of minimum wage jobs available.

Not every state needs to pay their workers as much in order to live comfortably, especially for jobs that pay minimum wage. In addition, a salary (or any earned money) in one state isn’t equal to another state when it comes to what you can get with it.

This discrepancy, though, could also pose issues because while raising minimum wage in some places to $15 and not other places could cause businesses to move across state lines to be able to spend less money.

It could cost people their jobs

It is estimated that under a $15 minimum wage, around half a million jobs will be cut by employers. Obviously, this is dependent on the area as well because in certain states or cities companies can afford to pay more or fewer workers.

In economic terms, human labor is considered a good or service, which means that when the price increases, the demand drops. The more we ask companies to pay their lower-level employees, the fewer they will be able to pay with the funds they have allocated to go to payroll, thus, they will either hire fewer people or nix some jobs.

If a firm has $500 an hour to go toward employees and they pay at $7.25/hr, they can pay 68 employees (68.9). If they pay them $10.10/hr, which is what the proposed federal minimum wage is, they can pay 49 employees. This is only a drop of 19 employees. However, if a firm is forced to pay $15/hr, they will only be able to pay 33 employees with $500; a loss of 35 employees. These numbers are obviously different depending on context, but the core economic principle still stands. If something costs more, demand will go down. People could be out of jobs.

Companies may look for cheaper options

There are places in the U.S. that have already begun looking at robots and machines to replace the work of humans because the price of human labor has been increasing too much for some places. This is no surprise, though, this has been happening for years.

According to a recent study by Oxford University, automation may claim as many as 47 percent of current jobs by 2033.

In addition, they are becoming more cost-effective. According to The Boston Consulting Group (BCG), robots in auto manufacturing have been operating at a cost barely over federal $7.25/hr minimum wage. The rise of machine work is expected to speed up as the wages across the nation increase rapidly.

The idea of a proposed $15/hr minimum wage is an amazing thought–but it is just that–a thought. A livable minimum wage is ideal, especially for those who only have one source of income, but the wider consequences could cause issues for the very people that the raise is intended to help, and we need to keep those issues in mind moving forward.

Julia Bryant
Julia Bryant is an Editorial Senior Fellow at Law Street from Howard County, Maryland. She is a junior at the University of Maryland, College Park, pursuing a Bachelor’s degree in Journalism and Economics. You can contact Julia at JBryant@LawStreetMedia.com.
Share:
Related Items$15 Minimum WageCaliforniaConsumersFederal Minimum WageMinimim WageNew York