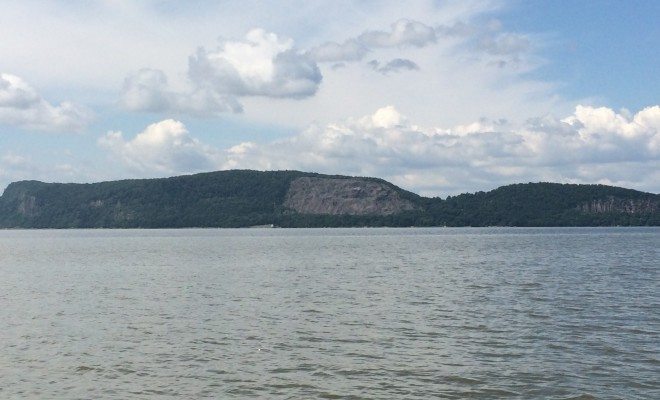 Environmental policy is a hollow shell if it lacks the crucial component that is the interest and engagement of the people. An Ossining, New York-based conservation organization called Riverkeeper seeks to merge these arenas by sparking communal engagement and care for their surrounding ecosystems, in particular the Hudson River, so as to more effectively pursue regulations and values that are conducive to a healthy environment and lifestyle. As Robert F. Kennedy Jr. stated in Riverkeeper’s eponymously titled biography, “…environment is not something distant and inaccessible to most Americans. It is not an issue that can be separated out and dealt with on its own. The environment is our neighborhood, our community. It is our quality of life.”

In the 1960s, a group of fishermen banded together to patrol the Hudson in search of environmental law violators. As the strength and breadth of the coalition that would become Riverkeeper grew, they became increasingly effective at pinpointing and prosecuting individuals and corporations who polluted the waters of the Hudson. After a half century, Riverkeeper is now a respected organization with various departments and manifestations throughout the country. Its founding principle of a “neighborhood watch,” which sparked its initial coalescence, remains a treasured and vital practice.

I recently joined my fellow Riverkeeper interns aboard the patrol boat, Fletcher, for an abridged estuary survey. Now in his fourteenth year at the post, Captain John Lipscomb detailed that a full patrol requires thirteen days, from New York City up to the mouth of the Mohawk River, the largest tributary of the Hudson. The key to a successful patrol, he explained, is to “…look, but also be seen looking.” Having people on the shores see the vessel and “Riverkeeper” emblazoned on the side of the hull is a deterrent; this is a powerful and often more preferable means of keeping the Hudson clean than catching violators red handed. Furthermore, it is advertising as well as policing. The boat’s presence and visibility raises environmental awareness; it gets the concepts into people’s heads and hopefully influences their behavior.

The Fletcher on patrol

Riverkeeper’s patrol has many other functions that tie into this philosophy of engaging the community. The organization seeks to empower the community with data, primarily with water quality sampling and subsequent output of its findings in reports. The EPA’s recommendations for testing in recreational waterways occasionally meets opposition on the basis that it is unnecessary because nobody swims at particular points on the river; however, designated beaches are not the only points at which people partake in river activities. During our patrol, as it was a hot and sunny day, we encountered a group of kids jumping from a low rocky precipice into the water and swimming about. The captain drew the boat near, and acquired their permission to snap a few photos. He intends to present this evidence of countless examples that clearly the people are partaking in recreational activity all along the water. This raises several points. First is that water sampling is undoubtedly warranted. Second, it speaks to the role of community members in environmental policy formulation, as well as the fact that such responsible policies are in the best interest not just of nature but the people as well.

Scenic Surprises on the Hudson

Riverkeeper has been passionately engaging the problems raised by the Tappan Zee Bridge construction project. In addition to outrage over the discovery that Albany was using clean water funds to finance the endeavor, the actual work is being done in a somewhat careless and haphazard fashion with regard to the delicate ecosystem by which it is surrounded. Captain Lipscomb has been documenting the number of dead fish discoveries, particularly the species as some teeter on the endangered list, in an effort to raise public awareness and induce a more responsible approach to the project with regard to the Hudson River’s biodiversity.

It goes without saying that an additional responsibility of the Hudson patrol involves active, first-hand clean up. Unfortunately, I was not surprised to see a substantial amount of trash choking the waterway. In fact, at one point we slowed the boat so as to draw out a fully intact television bobbing at the surface. Hopefully in time, through the work of Riverkeeper and other like-minded organizations and citizens, the amount of garbage that finds its way into the water will diminish to a negligible amount.

Captain Lipscomb wants to extend the range of the patrol into the Mohawk. If this is to be accomplished, Riverkeeper will need to cultivate relationships with other organizations in that area so as to effectively take on a mission of such large scope. This is already a philosophy of the organization. “We promote positive sustainable relationships; it is not in our best interest to sue everybody” clarified Dana Gulley, manager of the Community Outreach & Volunteer Programs at Riverkeeper. Rather, she added, it is important to communicate. Riverkeeper seeks to open dialogue and educate; if they encounter a violator, they approach them and ask if they knew they were polluting.

Beneath the Bear Mountain Bridge

These activities are not just for aesthetic conservation. More than nine million people in New York City and the surrounding area drink from the Hudson watershed. Human health and human culture are at stake in environment-society relationships. As Robert Kennedy Jr. and the first Hudson Riverkeeper John Cronin put it: “As Riverkeepers we protect nature, not so much for nature’s sake, but for the sake of humanity. Nature enriches us economically, but we have other appetites besides money. These hungers — spiritual, cultural, and aesthetic — must be fed if we want to grow as we are meant to — if we are to fulfill ourselves.”

Franklin R. Halprin (@FHalprin) holds an MA in History & Environmental Politics from Rutgers University where he studied human-environmental relationships and settlement patterns in the nineteenth century Southwest. His research focuses on the influences of social and cultural factors on the development of environmental policy. Contact Franklin at staff@LawStreetMedia.com.