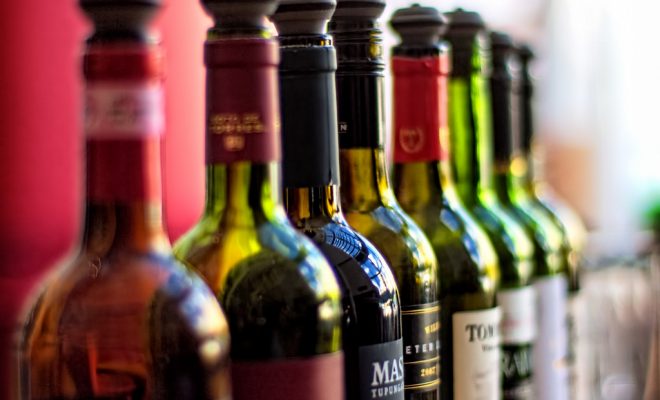 A Washington D.C. wine bar filed a lawsuit against President Donald Trump on Wednesday night, claiming that his continued involvement with the nearby Trump International Hotel creates unfair competition for other businesses. Trump has resigned from the Trump Organization and handed it over to his two sons, but he still holds a financial interest.

The bar claims it has seen a significant decrease in income since the inauguration, and says that now that Trump is president, many officials and lobbyists choose his hotel rather than other local businesses in order to gain political influence. As Trump often drops in on the weekends, there’s also the chance to get some personal time with the president. “It seems to us to be a clear situation in which he’s using his office of the president to get a financial gain at the expense of local businesses,” said the bar’s attorney, Scott Rome.

But Trump’s team called the lawsuit “a wild publicity stunt completely lacking in legal merit.” However, the lawsuit quotes Sean Spicer’s praise of the hotel at a press conference in January as well as an anonymous lobbyist saying that government officials notice who spends money in the hotel bar.

The owners of Cork Wine Bar, Khalid Pitts and Diane Gross, are politically active and often host political fundraisers. Gross used to be a civil rights attorney and counsel to former Senator Barbara Mikulski. Pitts was once the campaign director of the Service Employees International Union, a political director for the Sierra Club, and ran for DC Council three years ago. They say that they appreciate healthy competition between businesses, but that now it feels like every place except for Trump’s hotel is a second choice for anyone wanting to do business with the government.

Have to brag about lawsuit just filed by my amazing dad — still making trouble for people in power, at age 78!

The bar owners have legal help from pro bono attorneys and they are not seeking any money–they just want to end the unfair competition. It is also not filed as a constitutional challenge regarding the Emoluments Clause, which prohibits a president from accepting benefits from foreign states. The suit addresses Trump as a private businessman, but it still suggests that he could get rid of the problem by resigning.

Emma Von Zeipel
Emma Von Zeipel is a staff writer at Law Street Media. She is originally from one of the islands of Stockholm, Sweden. After working for Democratic Voice of Burma in Thailand, she ended up in New York City. She has a BA in journalism from Stockholm University and is passionate about human rights, good books, horses, and European chocolate. Contact Emma at EVonZeipel@LawStreetMedia.com.
Share:
Related ItemsDonald TrumpLawsuitLocal BusinessTrump International HotelUnfair CompetitionWashington D.C.