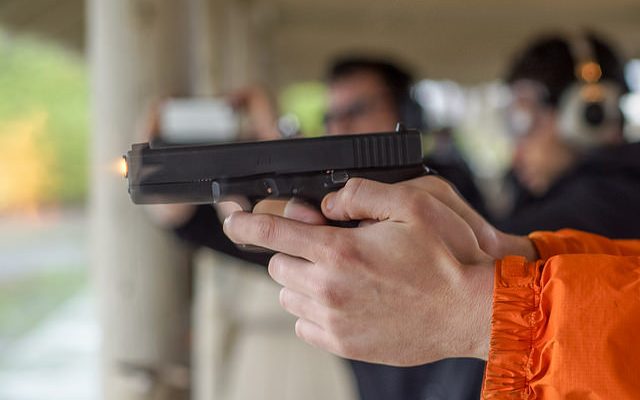 A federal district court judge in Texas upheld a state law allowing residents to carry concealed handguns on university campuses on July 7, after three University of Texas at Austin professors sought to ban guns from their classrooms.

The plaintiffs, Professors Jennifer Glass, Lisa Moore, and Mia Carter, argued that “classroom discussion will be narrowed, truncated, cut back, cut off” if guns are allowed in classrooms. The defendants, including Texas Attorney General Ken Paxton, UT-Austin President Gregory Fenves, and the university’s Board of Regents, defended the law’s implementation at UT-Austin.

U.S. District Judge Lee Yeakel said the plaintiffs had not demonstrated that they had suffered an “injury in fact” and had not established that there was a “causal connection between the injury and the conduct complained of” that could be traced to the defendants.

In other words, the plaintiffs failed to show beyond speculation that they would be harmed by the concealed carry of handguns, or that concealed carry could be connected to having a “chilling effect” on classroom discussions. Therefore, Yeakel ruled that the “plaintiffs present no concrete evidence to substantiate their fears” and that they did not have standing to sue the defendants.

“The court’s ruling today is the correct outcome,” Paxton said in a statement. “The fact that a small group of professors dislike a law and speculate about a ‘chilling effect’ is hardly a valid basis to set the law aside.”

Marcus Dieterle
Marcus is an editorial intern at Law Street. He is a rising senior at Towson University where he is double majoring in mass communication (with a concentration in journalism and new media) and political science. When he isn’t in the newsroom, you can probably find him reading on the train, practicing his Portuguese, or eating too much pasta. Contact Marcus at Staff@LawStreetMedia.com.
Share:
Related ItemsCocks not GlocksConcealed CarryConstitutional Law NewsGovernor Greg AbbottJennifer GlassLisa MooreMia CarterTexasTexas Attorney General Ken PaxtonU.S. District Judge Lee YeakelUniversity of Texas at Austin