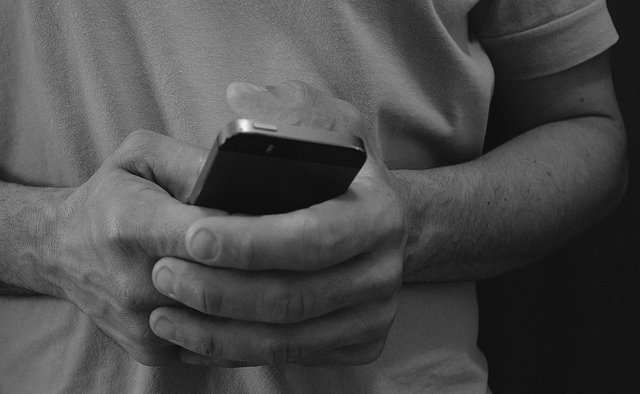 The Supreme Court will hear a case concerning cellphone privacy rights, and whether the government must secure a warrant to obtain a private individual’s location tracking data from that person’s cellphone company.

In Carpenter v. United States, the case the Supreme Court will be hearing, Timothy Ivory Carpenter argues that prosecutors in his criminal trial violated his Fourth Amendment rights when they obtained location data from his cellphone company, MetroPCS.

Prosecutors obtained data not just from the days of the crime, but from a range of dates totaling 127 days. Carpenter was convicted in 2013 for his role in a series of cellphone store robberies and sentenced to 116 years in prison in 2014.

The Supreme Court ruled in 2014 that government officials must obtain a warrant to search an individual’s cellphone. However, whether that restriction extends to requesting individuals’ location data from their cellphone providers is murkier territory.

In an age when we are constantly plugged in to technology, some people fear that the electronic devices we use on a daily basis could know more about us than they’re letting on. As the companies in charge of those devices and services store customer data, the dilemma arises of protecting customers’ information versus abiding by federal law.

After two men shot and killed 14 people in San Bernardino in 2015, Apple refused to help the FBI gain access to an iPhone that belonged to one of the attackers, Syed Farook. Apple CEO Tim Cook explained at the time that bypassing the security of Farook’s phone could create a backdoor for any hacker to access anyone else’s iPhone in the future. The FBI eventually accessed Farook’s phone without Apple’s assistance.

While Farook’s and Carpenter’s situations share some parallels regarding cellphone privacy, there is a notable difference between them. Bypassing the San Bernardino attacker’s phone security required the creation of a software that had not existed at the time, software that Cook believed had the potential of exposing other iPhone users to cyber attacks.

Obtaining Carpenter’s location data, on the other hand, merely required information that the phone provider already has available. Still, the issue remains of whether it is constitutional to request that data from cellphone providers.

The Stored Communications Act, enacted as Title II of the Electronic Communications Privacy Act of 1986, requires prosecutors to go to court to acquire an individual’s tracking data. However, the prosecutor does not have to show probable cause, but must just demonstrate that there are “specific and articulable facts” showing that the contents “are relevant and material to an ongoing criminal investigation.”

A federal appeals court ruled that Carpenter’s Fourth Amendment rights were not violated. If the Supreme Court upholds that decision, the government will not require a warrant to obtain cellphone users’ location data from their providers, thus limiting individuals’ cellphone privacy during criminal investigations.

Marcus Dieterle
Marcus is an editorial intern at Law Street. He is a rising senior at Towson University where he is double majoring in mass communication (with a concentration in journalism and new media) and political science. When he isn’t in the newsroom, you can probably find him reading on the train, practicing his Portuguese, or eating too much pasta. Contact Marcus at Staff@LawStreetMedia.com.
Share:
Related ItemsCarpenter v. United Statescellphone privacyConstitutional Law Newslocation tracking dataStored Communications ActSupreme CourtTimothy Ivory Carpenter