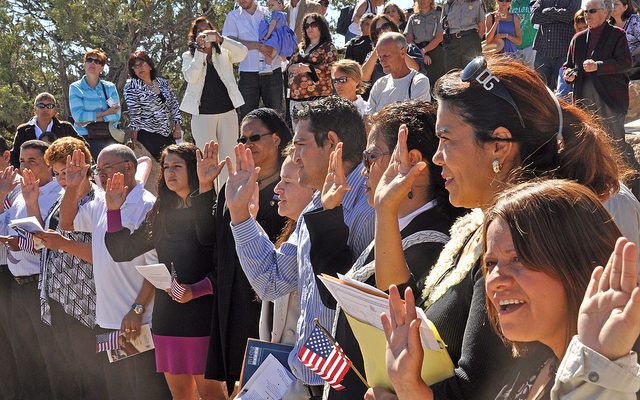 In an 8-0 decision in Sessions v. Morales-Santana, the Court held that such a “gender line” was “incompatible” with the Equal Protections Clause of the Fifth Amendment of the Constitution and was therefore unconstitutional. Justice Neil Gorsuch did not contribute because he had not yet been confirmed as a justice in November 2016 when the court heard the case.

His father, José Morales, moved to the Dominican Republic just 20 days before turning 19 and, therefore, did not meet the earlier requirement of living in the U.S. for at least five years after turning 14. Without his father satisfying that requirement, Morales-Santana was not considered a U.S. citizen. The U.S. government attempted to remove Morales-Santana from the country in 2000 based on several criminal convictions.

Morales-Santana asserted that the U.S. government’s refusal to grant him citizenship violated the Equal Protections Clause because it hinged on gender based classification of his parentage. Had Morales-Santana’s mother been a U.S. citizen and lived in the country for one year, he would have already been considered a citizen.

Justice Ruth Bader Ginsburg wrote the opinion of the court in which she explained that laws granting or denying benefits based on the sex of a parent are subject to “heightened scrutiny.”

Before 1940, Ginsburg said, standards for citizenship of children born abroad were rooted in two gender based assumptions. “In marriage, husband is dominant, wife subordinate; unwed mother is the natural and sole guardian of a nonmarital child,” Ginsburg wrote, describing those assumptions. Children of married parents derived their citizenship status from their fathers, while children of unwed parents derived their citizenship status from their mothers.

The U.S. government argued that when a child is born to unwed parents, the mother is the only legally recognized parent at the child’s birth; the father is acknowledged after the fact. Ginsburg explained that, according to the U.S. government’s argument, the lengthier residency requirement for U.S. citizen fathers is warranted due to the “‘competing national influence’ of the alien mother.”

However, Ginsburg wrote that the assumption is based on “the long-held view that unwed fathers care little about, indeed are strangers to, their children.” Such a characterization, she says, “no longer passes equal protection inspection.”

The Court held that the gender-based distinction violated the equal protection clause, but did not decide whether the requirement for U.S. citizen mothers should be applied equally to fathers.

Marcus Dieterle
Marcus is an editorial intern at Law Street. He is a rising senior at Towson University where he is double majoring in mass communication (with a concentration in journalism and new media) and political science. When he isn’t in the newsroom, you can probably find him reading on the train, practicing his Portuguese, or eating too much pasta. Contact Marcus at Staff@LawStreetMedia.com.
Share:
Related ItemsCitizenshipConstitutionConstitutional Law NewsEqual ProtectionImmigration and Nationality Act of 1952Luis Ramón Morales-SantanaNationality Act of 1940Ruth Bader GinsburgSessions v. Morales-SantanaSupreme Court