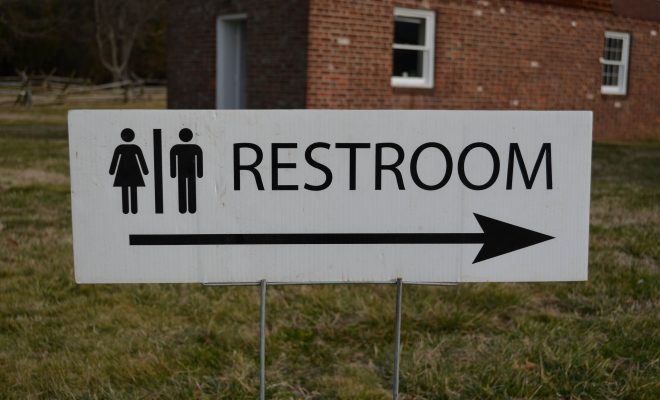 In a lot of ways, 2016 was the year in which the fight over transgender individuals’ access to the bathroom that corresponds with their gender identity came to the forefront. From North Carolina’s “bathroom bill” that was passed in March, to the directive issued by the Obama Administration in August that instructed all public schools to allow students to use the bathroom that corresponds to their gender identity, it’s been a newsworthy topic for the year. Now, to kick off 2017, SCOTUS will be weighing in on a Virginia case that could provide more clarity on the issue.

Gavin Grimm, who attends high school in Virginia’s Gloucester County, is transgender. He began to take hormones and grow facial hair, and started to use the men’s bathroom early in his high school career. But some parents complained, and the school board decried that students would have to use the bathroom that corresponded to their “biological gender.” So, Grimm sued the school board over the decision. The case has now made it all the way to the Supreme Court, after a federal appeals court ruled earlier this year in favor of Grimm. While the court is deciding, Grimm will still have to abide by the school board’s decision.

Right now, the Supreme Court still only has eight members, as no one has filled the void left by Justice Antonin Scalia’s death. Hopefully a new member will be confirmed by the time the case is actually heard, although in the case of a 4-4 split the lower court’s decision in favor of Grimm would remain.

Grimm wrote an op-ed in the Washington Post in which he explained the humiliating and inhumane experiences he has had at the hands of the school’s policies. He describes how he has had to go off school grounds to use the restroom at some points and how it has been suggested that he use the single stall unisex restroom “so that no one else would have their privacy invaded by using the same restroom as me.” But Grimm also addresses the issue with a sense of hope, saying:

I did not choose to announce to the news media that I am transgender. My school board made that decision for me. But now that I am visible, I want to use my position to help the country see transgender people like me as real people just living our lives. We are not perverse. We are not broken. We are not sick. We are not freaks. We cannot change who we are. Our gender identities are as innate as anyone else’s.

I hope the justices of the Supreme Court can see me and the rest of the transgender community for who we are — just people — and rule accordingly.

According to the Human Rights Campaign, Grimm is right. This case could have a big impact. Sarah Warbelow, the legal director of the group stated: “The Supreme Court’s ultimate decision in this case will have a profound impact on transgender youth across the country.”

Anneliese Mahoney
Anneliese Mahoney is Managing Editor at Law Street and a Connecticut transplant to Washington D.C. She has a Bachelor’s degree in International Affairs from the George Washington University, and a passion for law, politics, and social issues. Contact Anneliese at amahoney@LawStreetMedia.com.
Share:
Related ItemsBathroomNorth CarolinaObama AdministrationTrans*TransgenderVirginia