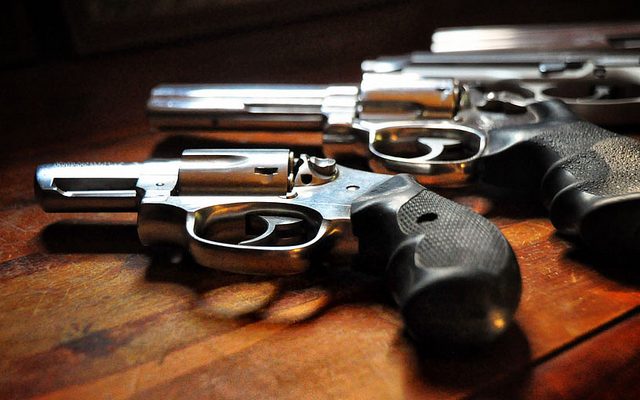 Miami-Dade Circuit Court Judge Milton Hirsch held that the legislative changes altered the burden of proof in “Stand Your Ground” cases, raising the threshold “from mere preponderance of the evidence to clear and convincing evidence.” Per Florida’s Constitution, such changes could only be made by the Florida Supreme Court, not the state legislature, and were therefore unconstitutional, Hirsch said. In outlining the necessity for a separation of powers among the three branches of government, Hirsch even referenced a paper about the Ministry of Magic’s judicial overreach in “Harry Potter and the Order of the Phoenix.”

Hirsch’s ruling comes as the result of two “Stand Your Ground” cases in his court. Liletha Rutherford was charged with aggravated assault with a firearm and grand theft for pulling a gun on a couple during an argument. Omar Rodriguez was charged with first-degree murder for shooting and killing Jose Rey over an argument about Rey’s dog. Rodriguez claimed Rey charged at him with a knife. Police recovered a knife at the crime scene, but discovered Rodriguez’s DNA on the knife, not Rey’s.

Florida lawmakers reacted to the ruling on social media. State Senator Rob Bradley, who sponsored one of the amendments to the “Stand Your Ground” law, said in a tweet that the court’s ruling “attacks the Legislature’s role in defining and protecting our individual rights.”

Following Hirsch’s ruling, Rutherford and Rodriguez will now each have to prove they acted in self-defense. Currently, the ruling only applies to those two cases. However, appeals are likely to make their way to appellate courts and the Florida Supreme Court.

PolitiFact pointed out some flaws in that statement. While violent crime in Florida has dropped a cumulative 34.9 percent from 2005 to 2015, that decrease is not “continuous” as Baxley contends. Data show occasional increases in Florida’s violent crime rate during that 10-year period, however not enough to really counteract that overall decline in violent crime.

Critics of “Stand Your Ground” say the laws disproportionately benefit defendants who kill black victims compared to those who kill white victims, and often allow defendants to avoid murder charges.

One of the most high-profile “Stand Your Ground” cases involved George Zimmerman, the “neighborhood watchman” who shot and killed 17-year-old black Florida teenager Trayvon Martin in 2012. Zimmerman did not invoke the “Stand Your Ground” law in his trial, but the judge issued instructions to the jury along the same lines as the law’s language, saying Zimmerman “had the right to stand his ground and meet force with force, including deadly force if he reasonably believed that it was necessary to do so to prevent death or great bodily harm to himself or another.” Zimmerman was acquitted of all charges in Martin’s death.

“Stand Your Ground” may stay in place in Florida for now, but Hirsch’s ruling could limit the extent to which the law is allowed to reach. The question has the potential to make it to higher courts and get decided once and for all.

Marcus Dieterle
Marcus is an editorial intern at Law Street. He is a rising senior at Towson University where he is double majoring in mass communication (with a concentration in journalism and new media) and political science. When he isn’t in the newsroom, you can probably find him reading on the train, practicing his Portuguese, or eating too much pasta. Contact Marcus at Staff@LawStreetMedia.com.
Share:
Related ItemsConstitutional Law NewsDennis BaxleyFloridaGeorge ZimmermanGovernor Rick ScottGunsJose ReyJudge Milton HirschLiletha RutherfordMiamiOmar RodriguezRob BradleyStand Your GroundTrayvon Martin