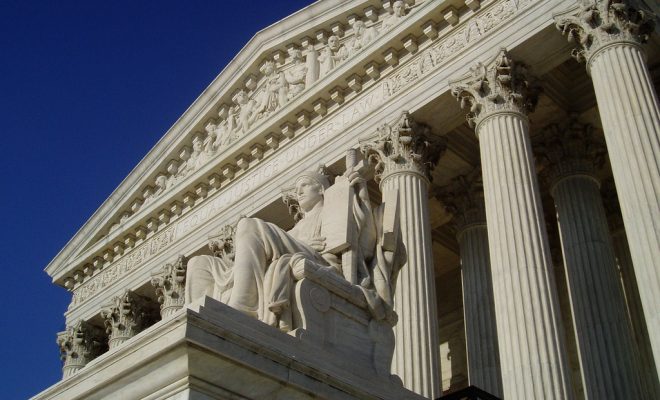 Confused About the Latest in the Travel Ban Case?: Here’s What you Need to Know

This article has been updated. Click here to jump to the update.

President Trump’s travel ban–which according to his aides and representatives is “not” a travel ban, but based on the president’s tweets, is in fact a travel ban–has just been handed another discouraging ruling from the courts.

That’s right, we need a TRAVEL BAN for certain DANGEROUS countries, not some politically correct term that won’t help us protect our people!

The ruling, from Judge Derrick Watson, stems from Trump’s revised executive order that was issued on March 6. Later that month, Judge Watson issued a nationwide halt on the revised travel ban, ruling that it discriminated on the basis of religion. Judges in other parts of the country issued similar rulings that were upheld by multiple circuit courts. The issue then made its way to the Supreme Court after an appeal from Justice Department. In June, the Supreme Court said that it would hear the case in the fall and issued a partial ruling in the meantime.

The Supreme Court’s order stated that until it makes its final decision, certain aspects of the executive order could proceed. The court said that if someone seeking a visa or a refugee from one of the six countries could establish a “bona fide relationship” with a person or entity of the United States then they should be allowed to enter the country.

While the Supreme Court offered guidance as to what a “bona fide relationship” is, much of the interpretation was left to the executive branch. The State Department interpreted the ruling through a diplomatic cable saying the only acceptable relationships include: spouse, parent, parent-in-law, child, son-in-law, daughter-in-law, fiancé, and sibling.

In his ruling, Judge Watson stated that the administration’s definition “represents the antithesis of common sense” by including son-in-law and daughter-in-law but not grandparent as qualifying relationships.

Undermined national security, delayed necessary action, created confusion, and violated a proper respect for separation of powers… The Supreme Court has had to correct this lower court once, and we will now reluctantly return directly to the Supreme Court to again vindicate the rule of law and the Executive Branch’s duty to protect the nation.

At the Supreme Court’s request, the state of Hawaii responded to the Justice Department’s arguments on Tuesday night, forcefully supporting Watson’s initial ruling and arguing that any appeal should go to the lower courts before the Supreme Court. The Justice Department fought back hours later with another brief making a case for the government’s narrower definition of a bona fide relationship. The government also justified its decision to go directly to the Supreme Court, saying that it is “is the only court that can provide definitive clarification.”

Although the Supreme Court is currently on its summer recess, it’s possible that the justices will decide to weigh in on the dispute in the near future.

Update: On Wednesday the Supreme Court weighed in on the dispute. The court denied the government’s request for clarification, which will allow people affected by the ban with grandparents and other relationships detailed in Judge Watson’s June 26 order to enter the country. However, the court did issue a stay on part of the judge’s order that would have allowed more refugees to enter the country.

James Levinson
James Levinson is an Editorial intern at Law Street Media and a native of the greater New York City Region. He is currently a rising junior at George Washington University where he is pursuing a B.A in Political Communications and Economics. Contact James at staff@LawStreetMedia.com
Share:
Related ItemsHawaiiImmigrationJustice DepartmentSupreme CourtTravel BanTrump