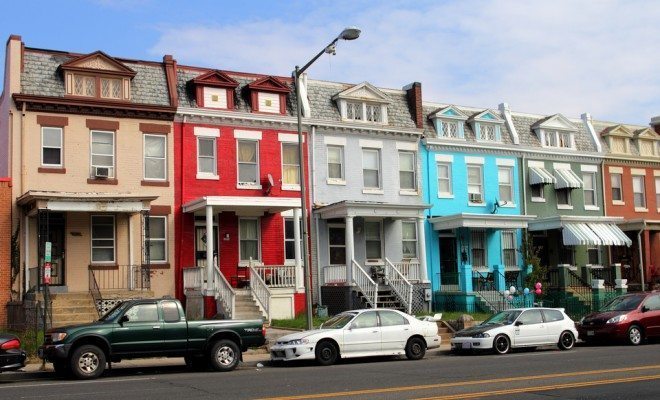 On June 4, 2015 at a restaurant called Busboys and Poets, the DC Coalition for Housing Justice hosted its ninth annual Housing and Community Service Awards Ceremony and Fundraiser. The DC Coalition is a charitable nonprofit dedicated to encouraging and inspiring social justice by addressing housing as a “human rights issue.” The coalition, which serves residents of the District of Columbia, focuses on low to moderate-income communities and works with local politicians and advocacy groups to create jobs and lobby for changes in local and national housing policies.

Following a musical performance by John Davies, Executive Director and Co-Founder of the Coalition, Lester M. Cuffie, welcomed the crowd and shared a few thoughts on the importance of the coalition’s work and on the organizations and individuals being honored. Cuffie expressed that while the trials to combat housing problems are many, the determined people in the room should be commended for working on necessary changes toward housing justice. Predatory lenders, gentrification, and a lack of jobs were matters touched upon that Cuffie says contribute to a need for housing reform. “If we are to tame the lion that is gentrification,” he said, “we must remain vigilant.”

Keynote Speaker Barry Lenoir, President of United Black Fund, shared his thoughts on several problems that he believes need to be tackled in order to better serve disadvantaged communities in the United States and in Washington, DC in particular. His speech cited topics such as racial profiling, drug trafficking, unaffordable housing, and corruption within groups trusted to serve impoverished populations. Lenoir named income inequality as a primary problem that needs to be addressed. He said that the top 20 percent of Washington residents have an average annual household income of $284,000, while the bottom 20 percent have an average annual household income of $10,000; this discrepancy in wealth leads to a strained  understanding of those bottom 20 percent who are in need of assistance. Lenoir said that the lack of personal relationships with individuals in need of housing support is a major propagator of inequality. Lenoir stated, “One of the failings we have with housing in this city is we have think tanks and the ivory towers that come up with ideas, but they don’t have any connection with what is actually happening.” He added that standards are often not high enough for organizations that attempt to combat the current housing problem by saying, “We have to begin to set standards for those people who want to help the poor. If we don’t begin to move that money to serve their needs, corruption will occur. This is something we have to look at throughout the nonprofit community.”

The Law Offices of Paul Strauss and Associates received the Tenant Law Firm of the Year Award.

Cuffie praised the firm for its exceptional work in housing justice, its unparalleled assistance to tenants, and its honorable contributions to the DC community. Paul Strauss and Associates received the award for readily making itself available to tenants, among other accomplishments. The firm has a policy of free consultations for clients who need a lawyer, and even stays open until 7 pm each day so that tenants are not forced to miss work to meet with an attorney. Tenant Association directors thanked Strauss and his attorneys, saying, “We take our directions and instructions from you.” Former clients expressed their gratitude for the firm’s work, relaying personal stories of cases won and justice granted for themselves and their families. Strauss accepted the award by saying, “I’m proud to stand with the Coalition for Housing Justice because they are leading this movement by getting out there in the community, working with these groups, and giving them the tools that they need.”

Strauss, a current Shadow Senator from the District of Columbia and former superdelegate to the 2008 Democratic National Convention, sat down with me for an interview to discuss his work and how young people can get involved in issues related to housing justice. Strauss said that in an era of record low interest rates, homeownership should be expanding rather than displacing tenants. “We are working hard to make sure that in buildings where we represent tenants and tenant associations, that they get to use something in DC called the Tenant Opportunity to Purchase Act to actually buy their apartment buildings, own them themselves, [and] run them themselves.”

In 1987, Strauss was a young student at American University living in a rental apartment. After being hit with a massive rent increase, he helped to organize a Tenant Association, bought his apartment complex, and became a tenant advocate and activist. “That’s where I started,” he said, “in my own neighborhood, in my own building, in my own community.” Strauss emphasized that young people can truly influence their communities and that traditional activism is the most powerful way to ignite change. “You can sign an online petition, you can tweet your support for any cause, but at the heart of organizing and at the heart of activism is that, at some point, you have to go out and knock on doors and engage people in a human way. There’s just no substitute for grassroots organizing.” Strauss also acknowledged stereotypes of those who choose careers in law and policy, but reassured me that they are not all true. “People shouldn’t think of law and policy careers as something for dull, suit-wearing people,” he said. “There’s a great tradition of our profession being activist; you can be a lawyer and be an activist at the same time. You can work for the government in public policy and be an activist at the same time. It’s not one or the other. Those skills only help you be better at all of it.” This attitude towards advocacy melded with law promises to be helpful to many people who need aid the most.