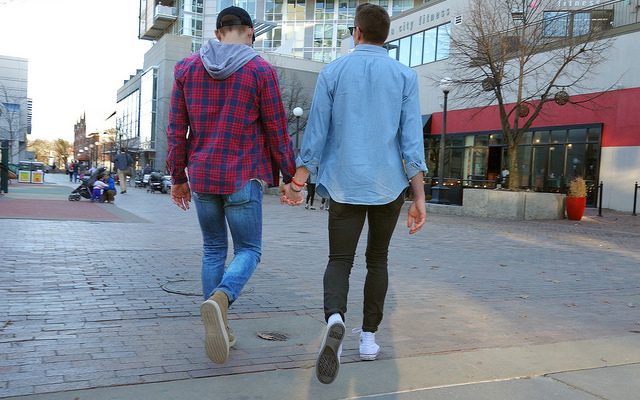 Alabama’s new governor, Kay Ivey, effectively legalized a form of discrimination on Wednesday when she signed a bill into law that allows faith-based adoption agencies the ability to refuse to allow gay couples to adopt.

House Bill 24, also known as the Child Placing Agency Inclusion Act, prohibits the state from discriminating against child placing agencies on the basis that the provider declines to provide a child placement that conflicts with their religious beliefs.

“I ultimately signed House Bill 24 because it ensures hundreds of children can continue to find ‘forever homes’ through religiously-affiliated adoption agencies,” Gov. Ivey said Wednesday. “This bill is not about discrimination, but instead protects the ability of religious agencies to place vulnerable children in a permanent home.”

HB 24 was passed last month with heavy support from the state’s legislature, after a vote of 23-9 in the Senate and a vote of 87-0 in the House, with six abstentions. However, opponents of the bill–including the state’s only openly gay lawmaker, Rep. Patricia Todd–protested, calling it “bigotry in the first degree.” Opponents believe it puts the religious beliefs of the placing agencies above the needs of the child.

“We are deeply disappointed that the legislature and the governor took on this unnecessary, discriminatory bill instead of focusing on how to improve the lives of all Alabamians, no matter who they are or whom they love,” Eva Kendrick, state director of the Human Rights Campaign Alabama, told NBC News.

According to Kendrick, the new law will also permit agencies to refuse placements to mixed-faith couples, single parents, divorced people, or others whose family structure “conflicts” with the agency’s religious beliefs.

Ivey took office last month after the state’s former governor, Robert Bentley, was forced to resign after nearly being impeached following a sex scandal with a senior political advisor.

Rep. Rich Wingo, who sponsored the bill, denied discrimination accusations, saying these adoption agencies should have their religious freedom protected.

“The bill is not to discriminate against anyone,” Wingo said. “Nowhere in the bill does it say anything like that or lead you to believe that.”

Alexis Evans
Alexis Evans is an Assistant Editor at Law Street and a Buckeye State native. She has a Bachelor’s Degree in Journalism and a minor in Business from Ohio University. Contact Alexis at aevans@LawStreetMedia.com.
Share:
Related ItemsAdoption AgenciesAlabamaGay CouplesLGBT