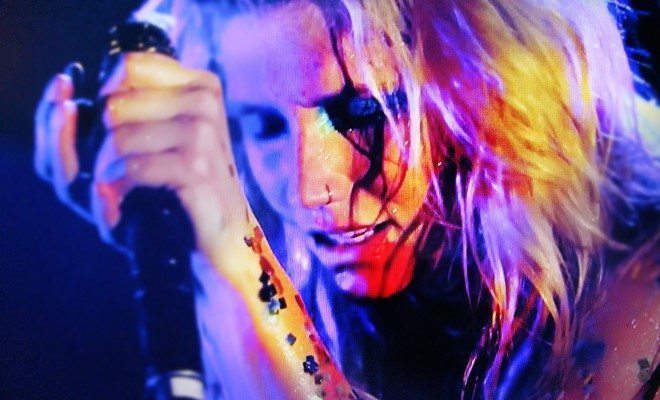 Kesha Lawsuit: Victim Of Assault Or A Bad Contract?

The grunge-pop diva we all know and love (or love to hate), Kesha, filed a lawsuit this week against her long-time producer claiming that he sexually and emotionally abused her for years. The producer, Lukasz Gottwald — “Dr. Luke” — was the one who discovered her at age 17 and convinced her to drop out of high school to pursue a career in music.

According to Kesha, the abuse started early and for the last ten years has kept her from moving to a different label, having control over her own music, and caused her to develop an eating disorder and subsequently enter rehab. She cites at least one count of rape following the consumption of a date rape drug, and alleges that Gottwald sexually assaulted her multiple times while forcing her to drink alcohol and take drugs. Gottwald has since filed an opposing suit, claiming defamation and breach of contract.

This is not the first time Kesha and Gottwald have been the subject of controversy. In 2013, around the time Kesha’s documentary “My Crazy Beautiful Life”  came out, fans started a petition to release Kesha from Gottwald’s control. The petition claims that  “Dr. Luke is controlling Ke$ha like a puppet, feeding her what she doesn’t want, and her creativity is dwindling and affected negativity (sic)” and that Kesha had little to no creative control over her most recent album.

In the short time since the lawsuits became public, skeptics have asked why Kesha waited so long to complain, or if she is just doing this to get out of her contract, and even saying she is lying because how can a sex symbol accuse someone of sexual assault?

These negative allegations aside, the majority of Kesha fans have shouted their support for the singer’s case, using the Twitter hashtag #StayStrongKesha.

An argument could be made for the idea that Kesha is making it all up to get out of her contract, but I just don’t think this is the case here. Her complaint has pages and pages filled with detailed and disturbing accounts of assault that span years. Accusing someone of sexual assault and rape are serious allegations that are not taken lightly, and if the victim is found to be lying the consequences are severe. Kesha is a smart woman, and by many accounts a near genius who was bound for lofty academic achievement before joining the music industry. Her intelligence does not protect her from being taken advantage of, since even the smartest men and women can be overwhelmed when in unfamiliar territory. It seems Kesha’s “mentor” knew this.

Saying that Kesha is lying because of her style, her sex symbol status, or her music is an argument that has no basis in logic. It stems from the idea that because someone dresses a certain way, or shares their sexuality more than others, they can’t cry “rape” when sexual predators target them.

It will be interesting to see how this case plays out, but Kesha and Gottwald obviously have some sort of toxic relationship that needs to end. Regardless of whether her claims are true or not, they need to be taken seriously. It doesn’t matter how famous a person is, or how long they waited to speak up; sexual assault is never okay and victims of it should be supported. Reacting negatively to cases like this discourages people in similar situations from coming forward, and encourages a society in which rape is covered up. Unfortunately, due to her fame and Gottwald’s counter case, Kesha’s fight has just begun.

Both Kesha’s lawsuit and Gottwald’s counter suit can be found here.

Morgan McMurray (@mcflurrybatman) is a freelance copywriter and blogger based in Savannah, Georgia. She spends her time writing, reading, and attempting to dance gracefully. She has also been known to binge-watch Netflix while knitting scarves.