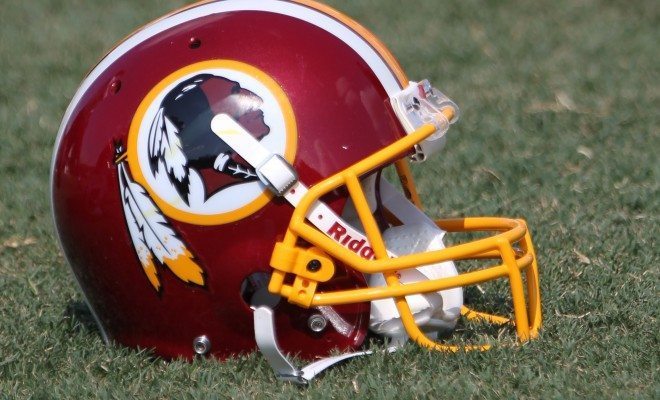 Why the Redskins Should Prepare for Trademark Loss

What’s unacceptable for pork is OK for people these days? At first glance of the Patent and Trademark Office’s decision to reject a mark for “Redskins Hog Rinds,” I felt of tinge of angst rise within me due to the controversy surrounding the Washington Redskins’ use of the trade name for their team. Seriously? You’ve got to be kidding me.

But after taking a step back and assessing the bigger picture, I realize that what the PTO is actually doing here is setting precedence!

Here’s the story: back in 2009 when the Washington Redskins’ trademark was up for appeal before the Trademark Trial and Appeal Board (TTAB), the PTO failed to terminate the Redskins’ trademark protection on the grounds that the plaintiffs’ claim had surpassed the statute of limitations. The case was never dismissed on its merits.

However, recently the Washington Redskins’ trademark has been under heavy scrutiny — warranting opinions by members of congress, Native American tribes, civil rights groups, and even the president himself. The suit, invoked by a Native American collective, is before the TTAB where the PTO is considering whether the Redskins’ moniker and logo should lose their federal registration status. I’m feeling like… the PTO is foreshadowing a decision in favor of Washington’s NFL team losing its trademark.

On December 29 in a rejection letter for the “Redskins Hog Rinds” mark, the PTO stated that the term phrase may contain “offensive slang” or “disparage or bring into contempt or disrepute persons, institutions, beliefs, or national symbols.” Oh word? The letter went on to point out that definitions of the ‘redskins’ word indicate derogatory connotations, in addition to the word being cited as offensive by many Native American groups, including the National Congress of American Indians.

So what would this mean for the team? Well, losing federal registration of the mark wouldn’t necessarily force the team to change its name. In fact, they could choose to ignore the decision altogether and keep operating their business as usual. However, because they would no longer have protection over the name, if I wanted to create Redskins t-shirts and sell them in my boutique (this is all hypothetical), neither Dan Snyder nor the NFL could do anything about it. I also recently learned that the NFL divides merchandise sales across the league, meaning that if the Redskins lost their trademark, the entire league could be out of pocket.

I’m interested to know where some of you stand on this dispute. Is the PTO overreaching by deeming the mark as derogatory? Are they opening the doors to hyper-sensitivity and prudently narrowing the pool of phrases available for registration? Or are they proper in determining that this mark shouldn’t be granted protection in light of evidence indicating that the term ‘redskin’ is racially offensive?

Perhaps that last question is leading, but that’s only because I personally don’t see how this is even an issue that could be contested. The Lanham Act states that a mark is not to be granted trademark protection if it is found to be disparaging or offensive, which it so clearly has been. It’s against the law people! At this juncture, perhaps the Redskins should direct their focus on winning more games or creating a captivating new mark, because I’m pretty sure this is a wrap.

Gena Thomas, a recent graduate of Howard University School of Law, was born and raised in Lafayette, Louisiana. A graduate of The University of Texas at Austin, she enjoys watching scary movies and acquiring calories from chocolates of all sorts. Get in touch with Gena via email here.

Gena Thomas
Gena Thomas, a recent graduate of Howard University School of Law, was born and raised in Lafayette, Louisiana. A graduate of The University of Texas at Austin, she enjoys watching scary movies and acquiring calories from chocolates of all sorts. Contact Gena at staff@LawStreetMedia.com.
Share:
Related ItemsIntellectual PropertyIPOffensivePatent and Trademark OfficeRedskinsTrademarks