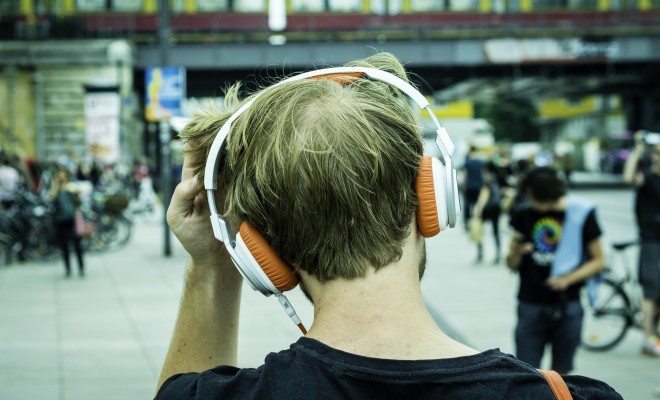 This 2016, Spotify should make a New Year’s resolution to not get slammed with any more lawsuits. The digital streaming network finished off 2015 with 75 millions users worldwide, over 25 million who pay for premium services, and a $150 million dollar lawsuit. David Lowery of the bands Cracker and Camper van Beethoven recently issued a class action lawsuit against Spotify for failure to properly pay royalties to its artists.

NPR posted the court filing from Lowery, which states,

Spotify’s egregious and willful violations of Plaintiff’s and the Class Members’ rights are highlighted in Spotify’s recent admissions regarding its failure to: (1) obtain licenses for the musical works it distributes and reproduces (thereby infringing multiple copyrighted works); and (2) compensate copyright owners for its use of their Works.

This lawsuit is just one battle in an ongoing debate between music publishers and streaming services., and the digital age may be transforming our music consumption too quickly for the law to keep up. There are usually two different types of copyright owners for every song streamed. The owner of the song is one, so usually the artist or the record company, and the other is the person who wrote the song or has rights as the publisher of the song. Undeniably, streaming services lack transparency as royalties get passed along to several middleman, then hopefully find their way into the hands of these different owners. Streaming services continue to strive for transparency however, citing most of their issues as the difficulties of obtaining rights.

Spotify openly admits to potential challenges in its royalty payment system. The company sets aside royalty funds for when a user streams a song and Spotify cannot immediately identify the rights holder. The suit argues that the retroactive compensation from the fund clearly shows Spotify’s negligence in obtaining proper license agreement and authorization prior to streaming songs. However, Spotify does make the claim that in the United States, “the data necessary to confirm the appropriate rightsholder is often missing, wrong, or incomplete” for songwriters.

In the U.S, the legal framework for songwriters has been around since 1941. Songwriters license their work to Performance Rights Organizations (BMI, ASCAP, and SESAC), who collect and negotiate songwriting royalties under a consent decree in a special rate court. Spotify seemingly does not have to negotiate with songwriters because the government sets the rates, but the framework is still admittedly complicated.

Lowery isn’t the first to have an issue with Spotify–in previous years, artists like Taylor Swift have taken the measure to remove their work from Spotify in protest of royalties. On Spoitfy’s Artists website, the streaming service explains its artist payout formula, which includes Spotify’s monthly revenue, artist and total Spotify streams, publishing owners, and royalty rate. The artists still have other deals they’ve agreed to with the record label, so they’re ok taking down their music from Spotify.

The payment of royalties admittedly is complicated. Maybe it is time for the court to modify the legal framework behind licensing music. The David Lowery case will undoubtedly reveal more about the future of music streaming as the ownership of music continues to change.

Dorsey Hill
Dorsey is a member of Barnard College’s class of 2016 with a major in Urban Studies and concentration in Political Science. As a native of Chicago and resident of New York City, Dorsey loves to explore the multiple cultural facets of cities. She has a deep interest in social justice issue especially those relevant to urban environments. Contact Dorsey at Staff@LawStreetMedia.com.
Share:
Related ItemsCrackerDavid LoweryMusicRoyaltiesSpotifyStreamingTaylor Swift