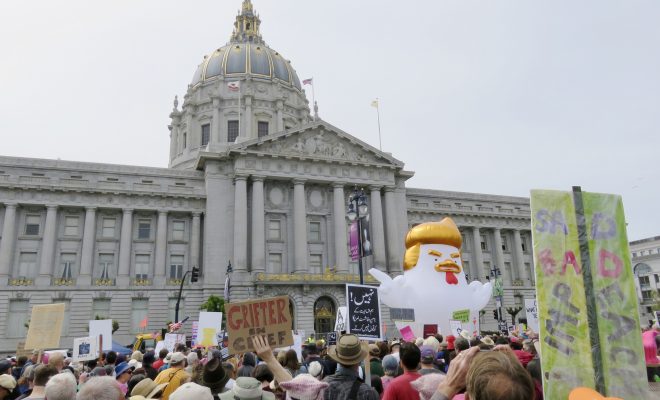 In his seemingly never-ending quest to pick a fight with pretty much everyone in Washington, President Donald Trump has continued his spat with Senate Majority Leader Mitch McConnell by tweeting about him this morning.

Trump and McConnell have been exchanging words publicly since the Senate failed to pass a bill to repeal and replace the Affordable Care Act a few weeks ago. On Tuesday, McConnell claimed that Trump had “excessive expectations” about what Congress could accomplish in a short period of time. On Wednesday, Trump responded to that criticism, also through Twitter:

Senator Mitch McConnell said I had “excessive expectations,” but I don’t think so. After 7 years of hearing Repeal & Replace, why not done?

But if Trump actually wants any of his agenda to make it through Congress–take, for example, funding for the border wall–he can’t really afford to alienate McConnell. This latest fight is seen by many as indicative of deepening tensions between the White House and Congress.

Anneliese Mahoney
Anneliese Mahoney is Managing Editor at Law Street and a Connecticut transplant to Washington D.C. She has a Bachelor’s degree in International Affairs from the George Washington University, and a passion for law, politics, and social issues. Contact Anneliese at amahoney@LawStreetMedia.com.
Share:
Related ItemsEric BollingMcConnellTaylor SwiftTrumpTrump ChickenWalmartYashar Ali