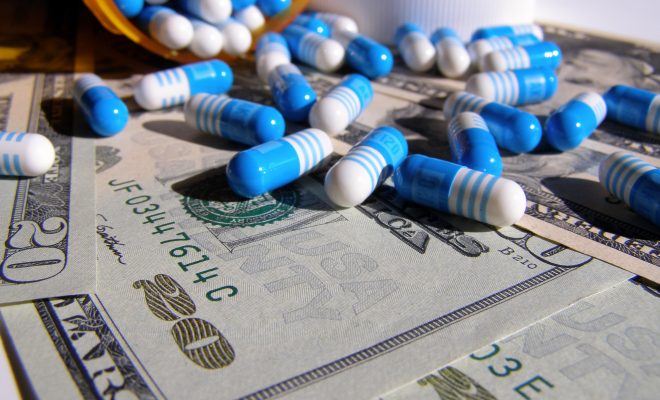 A group of 11th graders in Sydney, Australia have recreated Daraprim, the anti-parasite drug that Martin Shkreli bought and price gouged last September, making him one of the most despised figures in the U.S. The pharmaceutical experiment was the result of a collaboration between Sydney Grammar School, and the University of Sydney’s Open Source Malaria Consortium, which has conducted joint projects with the school for the past two years.

Working for an hour before and after school, the boys involved in the project “shared the outrage of the general public” for what Shkreli did, which helped shape the focus of their work, said the University of Sydney chemist Alice Williamson, who helped the boys remake the life-saving drug.

Last fall, Shkreli attracted the chagrin of many people in the U.S., if not the world, when his company Turing Pharmaceuticals bought Daraprim, and changed the price from $13.50 to $750 per dose. Daraprim is the brand name of the chemical pyrimethamine, which is used to treat HIV and AIDS patients, and protect people with vulnerable immune systems from diseases like malaria and toxoplasmosis. Shkreli responded to the news on Twitter, saying “learning synthesis isn’t innovation,” and “almost any drug can be made at a small scale for a low price.”

Martin Shkreli meets his match in group of Australian schoolboys who recreated lifesaving drug for just $20 a pill https://t.co/QCJjs2cuWN

The young chemists began their mission in February, intermittently posting their results on the Open Source Malaria Consortium, where other researchers could comment on and suggest changes for their work. Last week, the boys finished, and Williamson took their results to a lab at the university to test for authenticity. “They’ve really gone and done it,” Williamson told The Washington Post. “They’ve made a very pure sample of the medicine too, which is a challenge.”

After months of work, the students produced 3.7 grams of pyrimethamine, or about $110,000 worth, according to what Shkreli’s drug costs on the U.S. market. In Australia, patients can purchase 50 tablets of the drug for $12.99. The boys do not plan on bringing their version to the market, however.

“We’re not thinking of starting a business out of this. That’s not the aim,” Williamson said. In addition, because Turing Pharmaceuticals operates through a “closed distribution model” of Daraprim, which restricts its access to patients, doctors, distributors, and pharmacies, the boys’ version could not enter the U.S. market as a generic drug either.

“To take the drug to market as a generic, you need to compare it to Turing’s product. If Turing won’t allow the comparisons to take place, you’d need to fund a whole new trial,” said Open Source Malaria Consortium founder Matthew Todd.

To one of the students, James Wood, the project was not at all about profiting off of their work, or as a personal rebuke to Shkreli. In an interview with The Sydney Morning Herald, he said: “we really hope this just makes a point about the nature of the pharmaceutical industry and the way drugs are patented and sold for absurdly high prices, when they should be being used to treat life-threatening illnesses.”

Alec Siegel
Alec Siegel is a staff writer at Law Street Media. When he’s not working at Law Street he’s either cooking a mediocre tofu dish or enjoying a run in the woods. His passions include: gooey chocolate chips, black coffee, mountains, the Animal Kingdom in general, and John Lennon. Baklava is his achilles heel. Contact Alec at ASiegel@LawStreetMedia.com.
Share:
Related ItemsDaraprimMartin ShkreliSydneyTuring Pharmaceuticals