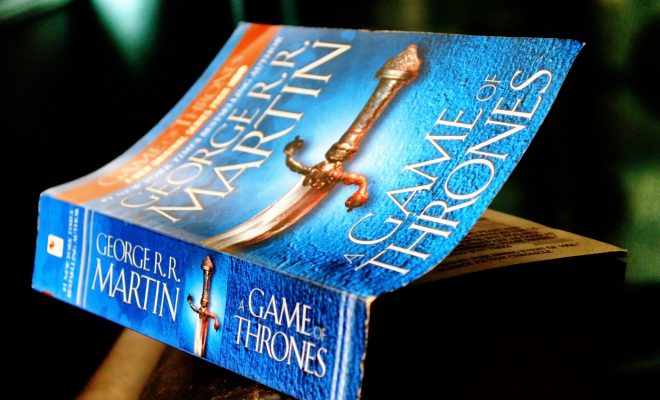 Anyone who has seen the HBO hit show “Game of Thrones,” (or read the books on which the series is based) would recognize the phrase “Winter is Coming.” A popular catchphrase for the show, “Winter is Coming” has been used on multiple advertisements and pieces of merchandise. And it has certainly made its way into fans’ vernacular–so much so that a 13-year-old British girl used the phrase in a piece of art, and then uploaded it to a few different artist sites. One is called Redbubble, and can be a venue for artists to sell their work. At that point, HBO, which owns the trademark to the phrase issued a takedown notice, and she had to take the art down. Her family is now upset, and many are outraged that the company took such a harsh action against a young girl’s work.

My daughter, who happens to be autistic, was doing an art challenge called Huevember which consisted of doing a piece of art based on a different [color] as you worked your way round a [color] wheel.  She was uploading her pictures to a variety of sites and sharing them on Facebook. For this particular piece, she decided to title it ‘winter is coming.’ I do not believe she uploaded the picture to RedBubble to make any particular financial gain, she just thought it a sensible place to put it.

Wilcox also had some angry words for HBO:

My first reaction to the letter was FFS. HBO should get a life or stick something where the sun doesn’t shine. On further investigation, it appears HBO are doing this all over the place regarding this phrase. It seems to have upset a lot of people on Etsy and elsewhere who have had the same or similar letter.

The Register also uploaded a copy of the art to its site, with the caption, “the teen’s digital painting targeted by HBO … Come at us, bro.” See it here.

Takedown notices based on trademarked phrases aren’t unheard of. Taylor Swift went after vendors on Etsy for the exact same thing. But HBO’s attacks on a young girl’s art may have crossed the line.

Anneliese Mahoney
Anneliese Mahoney is Managing Editor at Law Street and a Connecticut transplant to Washington D.C. She has a Bachelor’s degree in International Affairs from the George Washington University, and a passion for law, politics, and social issues. Contact Anneliese at amahoney@LawStreetMedia.com.
Share:
Related ItemsArtGame of ThronesHBOIPTrademarkWinter is Coming