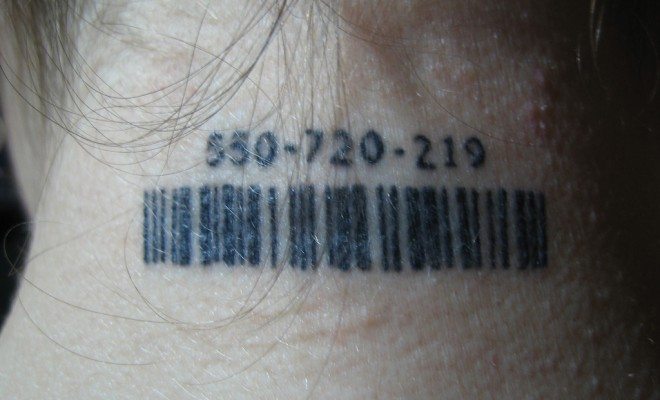 Google’s Neck Tattoo: The Ink That Makes You Think

Technology is becoming increasingly awesome-sauce with developments such as Android allowing you to scan your face and Apple requesting that you use your fingerprint just to unlock your phone. I don’t know how the possibility of a tattooed  device could have evaded my imagination. Enter Google’s Motorola Mobility neck tattoo: a mini microphone and lie detector that can be embedded in your skin with a tattooing device.

Last week, Motorola Mobility filed a patent application with the Patent and Trademark Office for this new technological advent. Let’s call it the ‘G-too.’ (Call me if you’re interested in this name, Google. It would only cost you the accumulation of my student loans. You’re welcome.) The primary purpose of the G-too is to produce higher sound quality in mobile phone calls by giving consumers the option of activating the neck tattoo as a microphone. The mic could also be used to command the phone with one’s voice. Sure. There’s no doubt in my mind that the amount of background noise and disruptions during calls could dramatically be reduced, but when has technology surpassed personal boundaries? Maybe a better question is, do people even have personal boundaries anymore?

The actual name of the patent is “Coupling an Electronic Skin Tattoo to a Mobile Communication Device.” The next logical question here is, how would you charge the batteries? Well, fret no more. The patent application explains that the device may “employ solar panel technology, capacitive technology, nanotechnology or electro-mechanical technology.” Yea, I have no idea what “capacitive technology” is either, but it sure does sound a lot better than watching people lean up against outlets trying to juice up their G-toos. Or does it? The visual alone has given me the utmost joy. 🙂

Back to this lie detector feature. The tattoo would also be able to identify fluctuations in skin responses to determine if someone is lying based on their level of nervousness/confidence. Why on Earth would anyone want a tattooed indicator of their dishonest mishaps? I’m guilty of telling a few white lies here and there, and I’m positive I don’t need a spotlight and siren to tell the world.

The patent applicant also offers a collar that could be worn around your neck if you don’t feel comfortable with the idea of the tattoo. But I mean…if you want to be tech-savvy badly enough to wear a collar, you really might as well ‘be cool’ about it and go balls-to-the-wall with the tattoo.

No one likes someone who does something half-assed.

Gena Thomas
Gena Thomas, a recent graduate of Howard University School of Law, was born and raised in Lafayette, Louisiana. A graduate of The University of Texas at Austin, she enjoys watching scary movies and acquiring calories from chocolates of all sorts. Contact Gena at staff@LawStreetMedia.com.
Share:
Related ItemsGoogleGoogle TattooIPPatentsTechnology