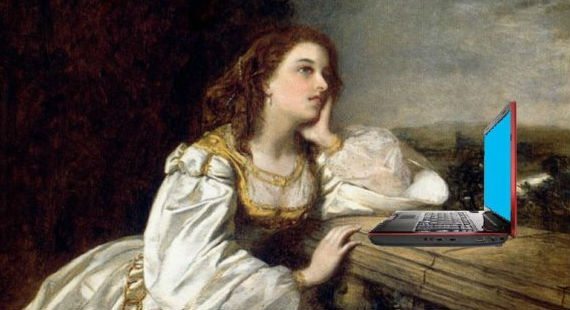 Computer Software Patents: To Be or Not to Be Eligible for Protection?

The Supreme Court has granted certiorari to adjudicate the highly contested issue of which software innovations may be eligible for patent protection. The impact of this case will be decisive in determining the extent that a technology company can utilize an aspect of another’s software without being subjected to a patent infringement suit. At the same time, the decision may make it easier to challenge a patent for want of validity without having to sort through the particulars the patent includes.

Alice Corporation vs. CLS Bank is the case that has motivated the Supreme Court to sift through this heavily-weighted issue. Briefly, the case involves a company that held software patents covering methods of conducting online financial dealings. CLS Bank contended that the patent was invalid for lack of patentable subject matter, and the Court of Appeals for the Federal Circuit agreed. But why? Well that was the issue — they didn’t exactly know, releasing six different opinions, none of which was supported by the majority. In fact, another recent case involving the same question of patentable software was determined on a basis that was unclear as well.

Pushed by companies such as Google, JP Morgan, and Netflix that contend that patent standards are too lenient and vague, the courts are faced with a question that will decide the future of technological innovation. To be eligible for patent protection, an invention cannot be obvious or merely an abstract idea. The policy behind this is to preclude a patent holder from claiming an entire innovative field. Instead the application of an abstract idea to a certain process or structure may be patent eligible.

Stick with me. The crux of this issue is determining guidelines for what types of methods meet the patent eligibility standard, right? But what I’m confused about is why it makes any difference if a method is embodied in a machine or tangible article versus being written on computer software. A computer is indeed a structure (as required by the seminal case, Bilksi) and the software is intended to carry out the novel process. Whether a method is carried out by software should not be decisive in determining whether it is patent eligible. It shouldn’t be a factor for consideration. Software can most certainly envelope novel processes without monopolizing an entire concept, as seems to be the concern of anti-patentable-software advocates. For example, a software that writes a method for connecting Garage Band data to Guitar Hero by utilizing the music data created in Garage Band to formulate different levels in the Guitar Hero video game should be allowed to gain patent protection even though it may involve computer algorithms. For argument’s sake, it’s a non-obvious process that was executed through a machine — a computer. Why should it matter if the process was made to occur through some tangible box connecting your computer to your PlayStation? Why should this factor grant one innovator patent protection and not another?

The other side of this coin is no less convoluted. Arguing that software may simply cover a thought process or computation, companies such as Microsoft are asserting that software patents may stifle innovation. They claim that the patentability of these computer-executed methods may open the gateway for patent applicants claiming the rights to innovative tools that may be useful to a category of inventions. I disagree with this notion for the reasons stated above. Furthermore, the Patent and Trademark office considers whether a process transforms the thing through which it is employed to determine patent eligibility of a method as well. Wouldn’t employing a software on a computer undoubtedly transform it? A computer with iOS is vastly different from one with Windows, and, thus, a computer with any software added to it has been transformed because it is then a different piece of machinery facilitating different tasks.

The Supreme Court will hear arguments in March or April and release a decision by July of 2014.

Gena Thomas, a recent graduate of Howard University School of Law, was born and raised in Lafayette, Louisiana. A graduate of The University of Texas at Austin, she enjoys watching scary movies and acquiring calories from chocolates of all sorts.

Gena Thomas
Gena Thomas, a recent graduate of Howard University School of Law, was born and raised in Lafayette, Louisiana. A graduate of The University of Texas at Austin, she enjoys watching scary movies and acquiring calories from chocolates of all sorts. Contact Gena at staff@LawStreetMedia.com.
Share:
Related ItemsIPPatent EligibilityPatentsSCOTUSSoftwareTechnology