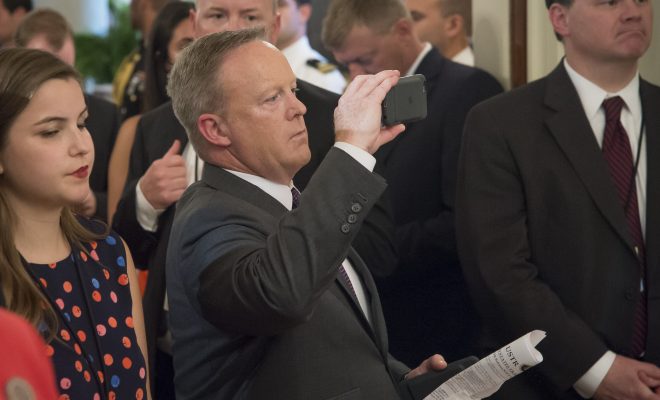 Yesterday it was announced that President Donald Trump’s beleaguered press secretary Sean Spicer, was resigning from his position. Spicer’s combative relationship with the press, bombastic attitude during press conferences, and consistent use of “alternative facts” made him one of the most recognizable press secretaries in recent years. So, the internet took news of his resignation pretty hard. Check out some of the funniest tweets below:

Wishing Sean Spicer the best of luck in all future endeavors.

We’ll always have those six months of you lying to us every single day.

Anneliese Mahoney
Anneliese Mahoney is Managing Editor at Law Street and a Connecticut transplant to Washington D.C. She has a Bachelor’s degree in International Affairs from the George Washington University, and a passion for law, politics, and social issues. Contact Anneliese at amahoney@LawStreetMedia.com.
Share:
Related ItemsMelissa McCarthypress secretarySean SpicerSNLWhite House