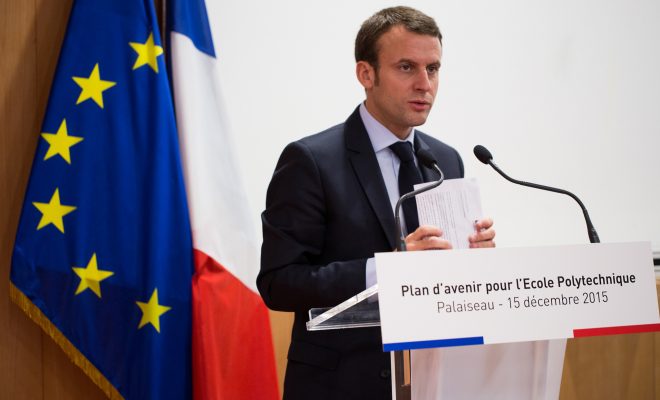 Twitter Fantasizes About Eventual Meetup Between Macron and Trudeau

On Sunday, Emmanuel Macron won the French presidential election, defeating far-right populist and nationalist candidate Marine LePen. Once he is inaugurated on May 14, the centrist politician will have to address his constituents’ worries about unemployment and terrorism in a divided country.

But across the Atlantic Ocean, the most pressing concern for many Twitter users was whether or not Macron (who will become France’s youngest president at age 39) is more attractive than Canadian Prime Minister Justin Trudeau.

How is the internet going to cope when Macron & Trudeau eventually meet and discuss politics in French?

me when justin trudeau and emmanuel macron meet & speak french together pic.twitter.com/rM5WgPtNIh

However, not everyone was enamored.

Trudeau has a 48% approval rating, and Macron’s agenda is unpopular and opposed by most French. But they’re good looking!

Some are hoping the two leaders can get together to accomplish more than just a photo op or bromance.

Trudeau: Hey, man lets do some policy and not blow the world up or be insane

Though President Donald Trump also took to Twitter to congratulate Macron, chances of a friendship between U.S. and France may not be as high. Trump had previously called Le Pen the “strongest” candidate in the election, praising her positions on terrorism and borders.

Victoria Sheridan
Victoria is an editorial intern at Law Street. She is a senior journalism major and French minor at George Washington University. She’s also an editor at GW’s student newspaper, The Hatchet. In her free time, she is either traveling or planning her next trip abroad. Contact Victoria at VSheridan@LawStreetMedia.com.
Share:
Related ItemsCanadaDonald TrumpEmmanuel MacronFranceFrench ElectionJustin TrudeauMarine Le PenTwitter