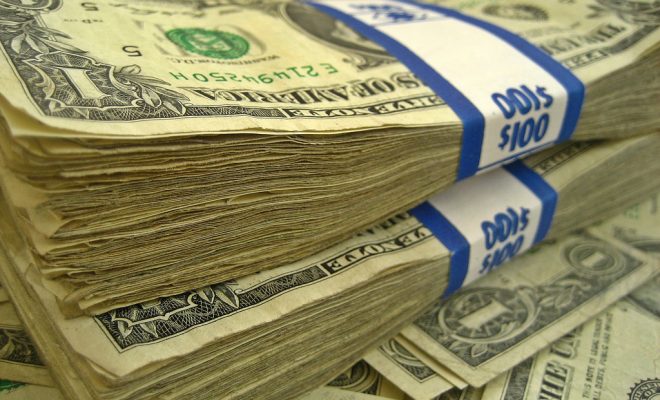 From sharing an Onion article about himself, to tweeting out what some have speculated are his own passwords, White House Press Secretary Sean Spicer may not be the most technologically-savvy person. So it comes as no surprise that the internet has reportedly discovered his public Venmo account.

The podcast “Who? Weekly” first tweeted about the existence of Spicer’s rumored account after it was discovered by a fan of the podcast. Venmo is a mobile app that allows people to send and request money from each other, so naturally users took advantage of the opportunity to ask Spicer to cover their expenses.

It's recently come to our attention that @seanspicer is on Venmo, and that he is being trolled pic.twitter.com/zQO23BVYWG

After Spicer claimed that demonstrators who protested President Donald Trump’s immigration ban were paid, one person asked him to put his money where his mouth is.

Others threw in a reference to Kellyanne Conway’s made-up Bowling Green Massacre story.

I Venmo requested money from Sean Spicer for the imaginary bowling league we're in together pic.twitter.com/rptdVj3Svc

Sent @PressSec a venmo request to help those in need: #BowlingGreenMassacre pic.twitter.com/VZPyWeeYgQ

Concert tickets can be expensive, so why not ask Sean Spicer for help?

.@seanspicer has a public Venmo so I've asked him to pay for my @ladygaga tickets pic.twitter.com/XD4xXWMZMg

A couple of people were stressed  out about the last couple of weeks, and wanted some reimbursement.

And of course, they poked fun at his feud with Dippin Dots and his unusual habit of eating at least two and a half packs of chewing gum each day.

But those who got a response learned that Spicer wasn’t feeling too generous.

Whether or not these Venmo users get paid, the situation may make great material for Melissa McCarthy’s next “Saturday Night Live” appearance.

Victoria Sheridan
Victoria is an editorial intern at Law Street. She is a senior journalism major and French minor at George Washington University. She’s also an editor at GW’s student newspaper, The Hatchet. In her free time, she is either traveling or planning her next trip abroad. Contact Victoria at VSheridan@LawStreetMedia.com.
Share:
Related ItemsDonald TrumpMelissa McCarthypress secretarySean SpicerTwittervenmo