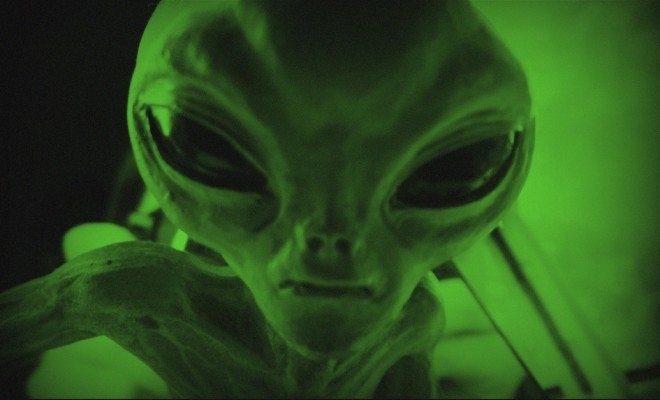 It’s been a good day for conspiracy theorists. Hillary Clinton’s Campaign Chair John Podesta believes that the truth is out there—and wants it shared with the American public. During a recent appearance on “The Lead” with Jake Tapper, Podesta argued that the American people are being kept in the dark about UFOs.

“The U.S. government could do a much better job in answering the quite legitimate questions that people have about what’s going on with unidentified aerial phenomena,” he said. When probed further on the question, Podesta said, “That’s for the public to judge once they’ve seen all the evidence that the U.S. government has… There are a lot of planets out there, the American people can handle the truth.”

Podesta served as a counselor in the Obama Administration and lamented that his greatest failure of 2014 was not being granted permission to disclose the White House’s files on UFOs.

John Podesta’s reaction when told that he can’t release the UFO information.

It’s not totally crazy for the Clinton campaign to address the American people’s concerns about UFOs and alien contact. About half of Americans believe that there is extraterrestrial life, according to a YouGov poll. And there are likely many citizens who don’t firmly believe in UFOs but are open to the idea. Let’s call them “sky-curious.”

Responding to some of these concerned voters, Clinton said in an interview, “I’ll definitely get to the bottom of it… Maybe we could have, like, a task force go to Area 51.” Although she was joking and laughing while making those suggestions, she is serious about declassifying as much Area 51 material as possible. Podesta wants to make sure that Hillary wouldn’t forget that promise, saying “I think that’s a commitment that she intends to keep and that I intend to hold her to.”

This serves as excellent motivation for me to finish my spec script for the X-Files reboot where Hillary Clinton is the sitting president. I’ll provide an excerpt:

MULDER: You’re telling me that I’ve been working on the X-Files for 23 years, and we’ve had a complete list of all real extraterrestrial and paranormal encounters just sitting in a filing cabinet?

CLINTON [Nodding metronomically]: Yes, that’s exactly right. It turns out that everything you’ve seen is real. Except for the killer trees, and most of the werewolf episodes. Those weren’t great.

SCULLY [poring over documents stained by Nixon’s Cheeto-dust]: This is incredible… detailed autopsies of creatures with organs completely unlike our understanding of terrestrial life. And there’s this fascinating report about lizard-people wearing human disguises to attain positions of pow—

CLINTON: Actually, I’m gonna need that one back.

It’s like they can’t see true talent staring them in the face.