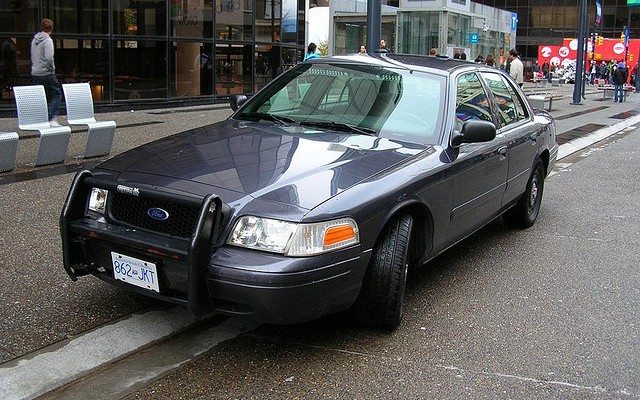 It’s Christmas time. And that means it is the best time of the year to go shopping. No crowded stores, no long lines, no fighting over a pair of on-sale shoes that I want to buy someone–definitely not myself, though, all my Christmas shopping is for my loved ones–with a lady who also wants to buy those shoes for someone–definitely not herself. Oh wait! That doesn’t sound like any Christmas shopping that I have ever done. Mine sounds more like this story (which took place in January 2011 not at Christmas, but which stills sounds like something that would happen at Christmas).

Frank Maio saw what my sisters would tell you was Princess Parking out in front of a Deerfield Beach shoe store. (Princess Parking, as defined by Urban Dictionary, is “just like rock star parking or prime parking; when one finds the perfect parking spot, right next to or in front of the entrance to wherever he or she is going.”) But when he went to claim the spot, something horrible occurred: Clausel Pierre pulled into the spot first!

Now, we all have experienced and/or caused this event. When it happens to me, I yell things I am not proud of yelling and fume about it for hours while plotting a revenge that I have absolutely no intention of actually enacting as big as I talk. So imagine how much I cheered when I heard what Maio did to handle this situation.

He asked Pierre to move. Tough, right? I wouldn’t have the guts to confront the guy at all; however, that actually was not the end of it. Pierre said no. I mean, he claimed something along the lines of it wasn’t reserved and he got there first and blah blah blah a whole lot of stuff that might have been true but certainly did not get Maio the royal parking spot he felt he deserved. So then he had to go a step farther.

Did I happen to mention that Maio was an off-duty cop who was at the shoe store to do some moonlighting as a security guard? Well, that is exactly what was happening here. And believe me, this cop was not afraid to use his power for his own gain. Park in the spot he wanted? Well, do not think he would be too mature to arrest you for that. Don’t believe me? Ask Pierre. Because yes, he was arrested for parking in the spot this police officer wanted.

Pierre was so confused that he was being arrested, that he called 911. You can listen to a recording of the call below. According to Pierre, the officer not only arrested him, he roughed him up a bit too.

Pierre has been fighting the charges against him (including battery against law enforcement and resisting arrest) for two years and finally he had some success! The charges were dropped (since apparently a judge realized that Maio’s statements over the last couple of years were conflicting); however, Pierre was not throwing a party over his victory. He said he’d been hurt and he wanted payback. So he recently initiated a lawsuit.

Will he win? I don’t know. But I do know that this whole thing has taught me a lesson: when someone takes a spot I think belongs to me, it might seem like a good idea to fight for it, after all, it is the principal of the thing, but if I am still fighting for it years later, it might have been an even better idea to just park a couple of spots down. Oh. And if I ever become a cop, I am going to do my best not to arrest people on trumped up charges no matter how tempting it might be to arrest the person who got in front of me at the grocery store with 500 million items when I only had like two and then wouldn’t let me cut–but I am digressing, because really, abuse of power only comes back to sue you in the long run.