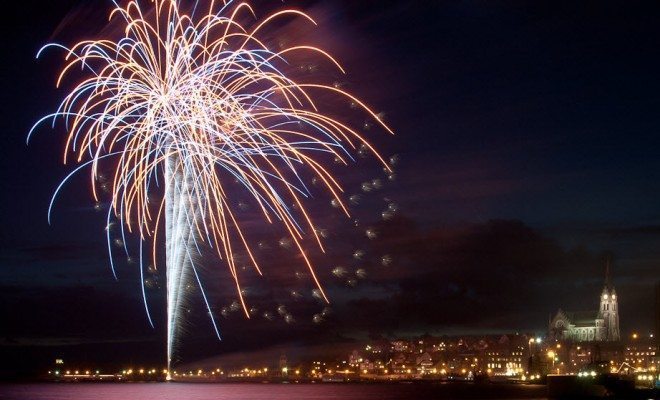 Happy New Year! Welcome to 2015, everyone. It is the time of year that we all make some resolutions that we have no intention of actually keeping. And to help you decide just want you want to resolve to do this coming year, I am going to tell you some of mine. And if you want to avoid the old standards such as losing weight or being a better person, I suggest you take my lead on these.

So, without further ado, here are my 2015 New Year’s resolutions:

When John Doe (since this guy’s name was unreported, I will have to go with the old John Doe pseudonym) was receiving a parking ticket, I guess he got really excited. Who could blame him? Parking tickets are great, right? Anyway, I say this because as he was receiving the ticket, he apparently grabbed it from the officer’s hands really quickly. Too quickly.

Snatching a ticket from an officer is a really stupid thing to do. How do I know this? Well, as Doe was being pushed up against the wall and handcuffed, he asked just what it was he had done to lead to this arrest, and he was told he was being arrested “for being stupid.”

And since I do not want to be arrested, my first New Year’s resolution is to avoid being stupid. Though I fully admit that this is easier said than done.

Violence is never the answer. Let’s just be clear about that up front. Which is why writing stories about shooting dinosaurs is just plain wrong. Alex Stone learned this the hard way.

Sixteen-year-old Stone was supposed to write a little bit about himself and a status in the style of a Facebook page. So when the teacher saw that on the page he threatened to shoot his neighbor’s pet dinosaur, she had no choice but to take the threat seriously. After all, this was a nonfiction report, so there was no way this kid could have been making up his desire to kill that dinosaur. And killing pets in youth is the first sign of becoming a sociopath, correct? This was not something to take lightly.

After reading the essay, the teacher immediately reported the incident to the office where the kid was both suspended for a week and arrested for disorderly conduct (though to be fair, the police claim the arrest had nothing to do with the threat to the dinosaur’s life).

Stone is suing. I suppose he just isn’t an animal lover. PETA would not be pleased. And in the manner of many sociopaths, Stone’s mother could not see anything wrong with her son’s conduct. She was quoted as saying something silly along the lines of “we don’t have dinosaurs anymore.”

This story has really opened my eyes to the dinosaur awareness movement. In result, I pledge to not threaten dinosaurs even once in the year 2015.

Nathan Channing is a funny guy. Or at least he says he is. I’m inclined to think he is right because when I heard his story I did laugh. So basically a cop was driving down the road when Channing decided to take a yellow object out of his pocket, point it in the air, and then point it at the officer. The cop, in fear for his life, called for backup. The backup cop, thinking he was about to be shot, started to pull out his own, non-banana, gun when Channing finally yelled out, “it’s a banana.”

Channing said that he did this because he thought it would be funny and good as a YouTube video. The only problem, other than the whole making police officers think that you have a gun pointed at them, is that Channing did not think to record this future YouTube video. I assume he thought it was going to be acted out later documentary-style a la Drunk History. He claims the reason it wasn’t taped was because this was just the test run; however, he does admit that he now realizes his joke probably wasn’t a really good one.

In honor of Channing’s lately-developed wisdom, I now resolve to not point bananas, or any other gun-looking item, at any law enforcement member.

So there you have it, a complete list of resolutions that I encourage you all to follow. Of course, I’ll probably be doing all of these come mid-January. Especially the dinosaur one. Who can ever keep these resolutions anyway?