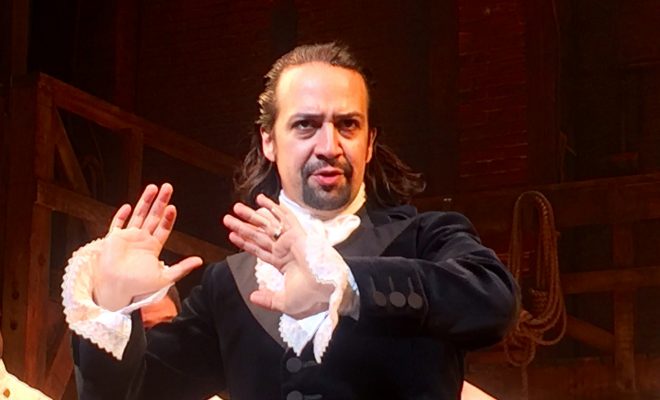 Vice President-elect Mike Pence decided to take in a musical in New York. And what better show for our future Vice President to see than the political and history-themed hit “Hamilton”? But the cast got wind that Pence was sitting in the audience and presented him with a message after the show had finished:

Tonight, VP-Elect Mike Pence attended #HamiltonBway. After the show, @BrandonVDixon delivered the following statement on behalf of the show. pic.twitter.com/Jsg9Q1pMZs

The moment has caused quite a bit of controversy, with President-elect Donald Trump now demanding that the cast apologize. But, Twitter caught on to the news, and decided to come up with some new musical titles for Pence, with #NameAPenceMusical. Check out the best ones:

Anneliese Mahoney
Anneliese Mahoney is Managing Editor at Law Street and a Connecticut transplant to Washington D.C. She has a Bachelor’s degree in International Affairs from the George Washington University, and a passion for law, politics, and social issues. Contact Anneliese at amahoney@LawStreetMedia.com.
Share:
Related ItemsDonald TrumpHamiltonMike PenceNew YorkTwitter