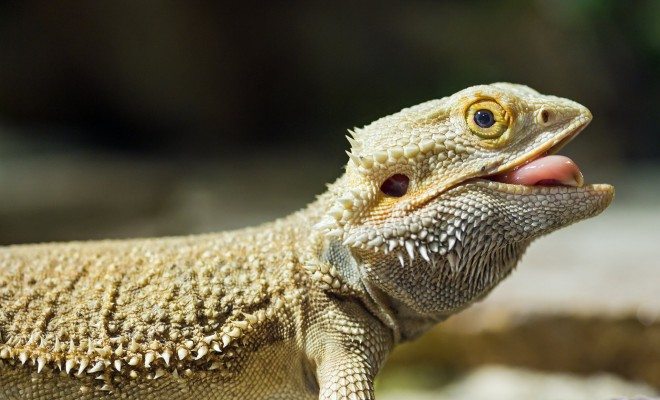 I have never owned a business. Truthfully, unless it is a business consisting of only me as an employee, I have no interest in owning one; however, there are some basic tenets  that all business owners should follow. For example, have a solid business plan; make sure to know, understand, and follow all applicable employment laws; and never, ever, ever slap your employees with a bearded dragon, especially if you have a video surveillance system set up (though, admittedly, that last one is pretty hard to follow when a dragon is sitting right next to you and an employee is being a sass mouth).

What? You ask. Why in the world are you telling me not to slap people with dragons? You say. That is such an obvious mistake that nobody would do it! You yell. I hate to tell you but you are dead wrong. I can say that people who assume nobody would ever use a dragon to slap another human are wrong all thanks to Benjamin Siegel. So thank you, Siegel, for your contribution to the ridiculousness that I so love to share with others.

Let’s talk a little about this interesting case. It all started (allegedly, of course) when this business-savvy pet store owner decided it would be a good idea to put a bearded dragon in his mouth, swing it around, throw it in the air, and then use it like an eighteenth century dueling glove (in other words, he slapped his employees with it).

Now, if you think this story cannot get weirder, you would once again be mistaken. You see, this is not the first time that Siegel’s store has made the news. A couple of years ago, it rose to fame as that place that held a cockroach-eating contest where the winner choked to death on bug parts. Yes, you read that correctly.

So what is being done to protect cockroaches, dragons, and people from the strange hands (and mouth) of Mr. Siegel? He was taken into custody and now faces charges of battery and animal cruelty. His attorney says he wants to hear all the facts before he comments. I assume this is just in case Mr. Siegel has a good reason for his action; however, short of ‘it wasn’t me,’ which, since it was on video, would be hard to prove, I don’t know that I will buy any excuses here.