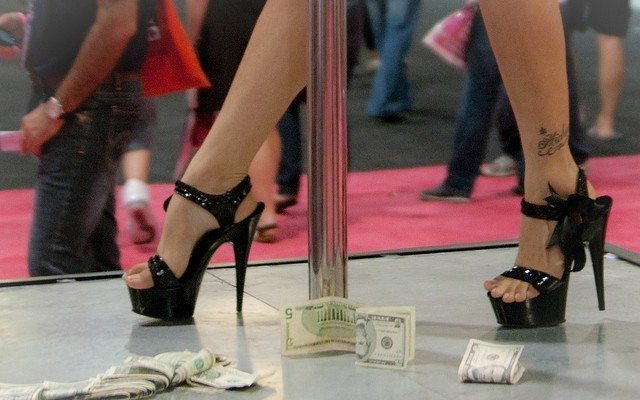 BS in Dancing: When Strippers Work Admissions, It Might be a Scam

With a name like FastTrain College, you probably expect a top-notch education system along the lines of Harvard or Yale; however, what you apparently get is a different type of top entirely. When FastTrain wants you (so basically if you are a man), it will send out its top admissions officer. And by top officer, I of course mean an exotic dancer dressed provocatively in an effort to lure you into the school. Because every life decision should be made by the size of the breasts and attractiveness of the faces you will see when you get there. (Though since I chose my college strictly on the size of its dorm rooms, I suppose I cannot really judge.)

Strippers aside, the school was not as morally motivated as you might expect from an organization that got you to attend by showing you sexy women. The school had a few questionable practices, too. For example, it would apparently give you a high school diploma if you didn’t have one so that you could attend college, which really is very nice even if it is not legal. Let’s all pretend that the real reason isn’t so that the new high school “graduate” can now apply for student loans that will go to the school to pay for their higher “education.” The school also asked students to lie on their government forms. All in all, it stole a whole lot of government money–meaning millions–which led to an FBI raid, criminal charges against the owner, and an ongoing civil suit.

This is a pretty titillating subject don’t you think? (Yes that pun was intended.) More than 100 students from this now-defunct school (only open a few years) are in default on their loans; however, the students going there during the raid will not have to pay. Because of a closed door provision, the government will do the following to a loan from this time: drop it like it’s hot.

I have a feeling this school will not win its lawsuit and will have to repay the money it took. Lucky for FastTrain, it has a real clear way to collect those fees: strip show on campus!

Here is my advice to prospective college students: do not go to a school that is run by strippers unless you are going to school to become a stripper or a stripper-voyeur. I promise you will not regret this advice as ludicrous as it might seem now.