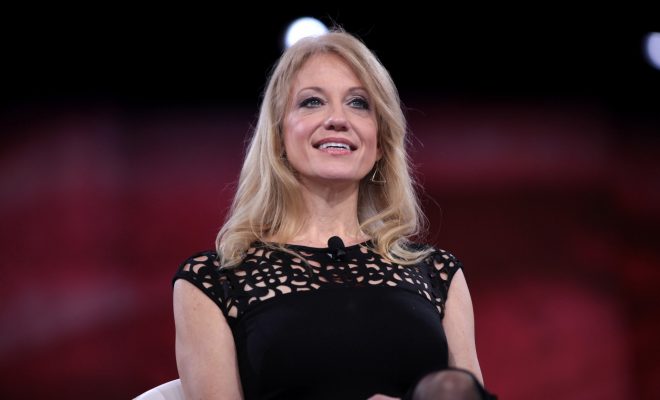 Alternative facts: an inherent oxymoron and, three weeks into 2017, likely a phrase that has already been cemented as an unforgettable moment in America’s new political era. Sunday morning, on NBC’s “Meet the Press with Chuck Todd,” Kellyanne Conway was prodded about White House Press Secretary Sean Spicer’s false claim that President Donald Trump’s inauguration was “the largest audience ever to witness an inauguration, period, both in person and around the globe.” Conway replied: “you’re saying it’s a falsehood…our press secretary gave alternative facts to that.”

And with that, days into Trump’s presidency, Twitter had a new phrase to have some fun with. As it so often does, Twitter firmly chiseled Conway’s clever rewording of “lies” into the history books. First, dictionary company Merriam-Webster enlightened us all by clarifying a key, and often misunderstood, definition:

📈A fact is a piece of information presented as having objective reality. https://t.co/gCKRZZm23c

Comedian Samantha Bee is convinced Trump is not in fact America’s new president, regardless of who took the podium on Friday:

Hillary is president right now. I choose to believe this. #alternativefacts

Washington Post journalist Dave Weigel seems fired up to watch the Super Bowl in a few weeks, which will feature the New England Patriots and the Atlanta Falcons:

Pretty excited for the Eagles to face the Ravens in the Super Bowl! #alternativefacts

User @davidschneider used an image of Sean Spicer at the podium to give us all a little Monday motivation:

“It is not Monday. It is still the weekend. Period.”#mondaymotivation #alternativefacts pic.twitter.com/XX3vbAbvk6

Finally, actor George Takei, a consistent contributor to Twitter’s finest trends, laid out a few #alternativefacts of his own:

Kellyanne Conway now refers to their lies as “alternative facts.” We get it. War is peace, freedom is slavery, Trump is presidential.