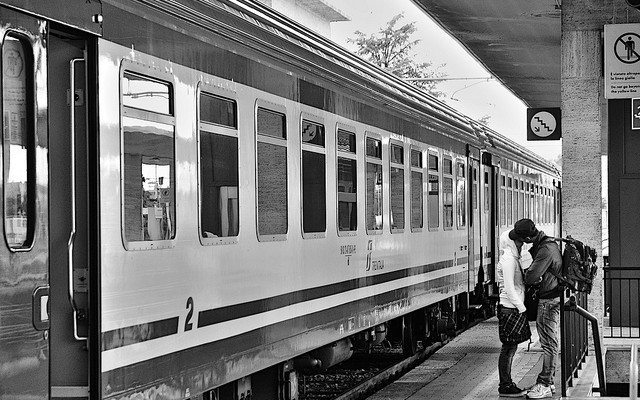 Have You Ever Had Sex on Railroad Tracks? Well Don’t!

Are you missing some excitement in your love life? Do you and your significant other look for different ways to bring that excitement back into your lives? Well if you are thinking about having sex on top of railroad tracks, think of something else.

In an attempt to spice up their sex life, a middle-aged Ukrainian couple decided to make love on top of some railroad tracks near central Ukraine. Aside from giving a whole new meaning to “working on the railroad,”the couple decidedthat reaching their sexual climax was more important than moving out of the way of an oncoming train. A switcher locomotive ran over the couple in the city of Zaporozhye in the early morning of Saturday, September 28, 2013. The woman died instantly and the man lost both of his legs. The man claimed that he and his girlfriend simply wanted to, “…experience an extreme sensation near the railroad tracks,” since they had, “failed to overcome their natural passion.”

It is completely understandable that couples who have been together for a long period of time want to find new ways to experience each other and find “extreme sensations,” (Trojan gets it) but you should be able to do so without risking life and limbs. Are the vibrations of the oncoming train worth losing your life? What do I know, maybe they thought they were dreaming within a dream.

The story unfortunately does not end there. The man could be facing trespassing charges for being on the tracks. It is unlikely that the man has a viable legal defense to the trespassing charges but it made me wonder about the penalties for the same crime elsewhere. In the United Kingdom, trespassing on railway tracks is considered a criminal offense and carries with it a penalty in the form of a fine for £1,000. They go on to explain why it is never a good idea to hop onto the train tracks. For example, they tell you that trains do not stop quickly (DUH!), that by simply standing near a train as it passes the wind turbulence could drag you under the wheels, and that the train runs on electricity and is never switched off (and if you touch it you will be frozen to it).

The United States has similar laws to the UK and the fines are just as expensive if not more. The Federal Railroad Administration (FRA) takes railroad safety and trespassing prevention seriously. They claim that over 430 trespassing fatalities and nearly as many injuries occur each year. They offer a workshop to address Right-of-Way fatalities and trespass prevention. They even offer this fact sheet to explain why it’s a very bad idea to trespass on railroad tracks. I guess they forgot to send it to this kid.