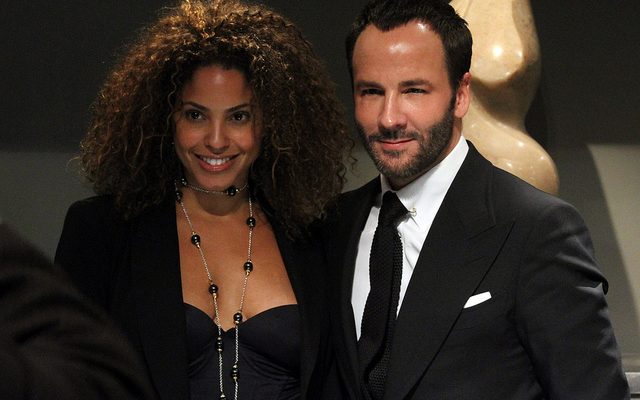 “She’s not necessarily my image,” he explained.

Ford, who identifies as a Democrat and said he voted for Hillary Clinton, said he thinks the First Lady should wear clothes that the American people can relate to, claiming that “even had Hillary won, she shouldn’t be wearing my clothes. They’re too expensive.”

However, one of the hosts was quick to remind the 55-year-old designer that he didn’t think his clothes were too expensive when he dressed First Lady Michelle Obama in 2011.

But apparently the occasion warranted an exception.

“She was going to Buckingham Palace for dinner with the queen and I thought that was appropriate,” he said. “I live in London so that makes sense. And it was an honor to dress her.”

After the show aired, Ford received some backlash on Twitter from users, while others applauded his stance.

But does it really matter if Ford dresses her or not? Not really. There are no rules that dictate what the First Lady wears or that she must be styled by designers. Thanks to the Trump family wealth, Melania will have her pick of luxury threads (sans Sophie Theallet) to don while her husband is in office–plus she’ll likely score plenty of freebies from her stepdaughter’s namesake line.

Alexis Evans
Alexis Evans is an Assistant Editor at Law Street and a Buckeye State native. She has a Bachelor’s Degree in Journalism and a minor in Business from Ohio University. Contact Alexis at aevans@LawStreetMedia.com.
Share:
Related ItemsDesignerDonald TrumpfashionMelania TrumpMichelle ObamaTom Ford