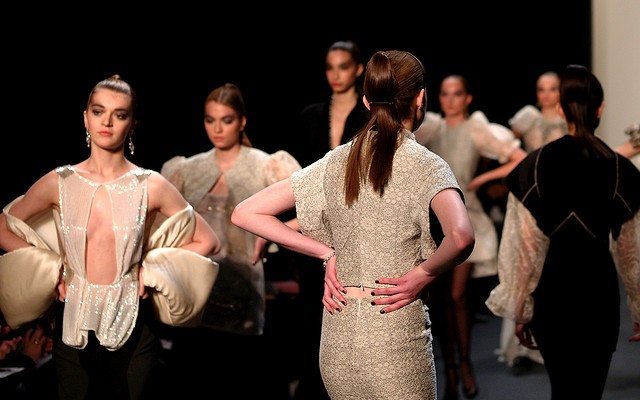 As New York Fashion Week draws to a close and all of the celebrities, bloggers, and street style photographers clear from Lincoln Center, it appears that there is the same unsolved issue every season: where is the diversity on the runway?

Surely, we have seen quite a few additions of minority and even plus-size models since the earlier years of fashion week, but we still have a long way to go. And although the runways seem to be slowly but surely diversifying, there’s no excuse why particularly the one fashion week that takes place stateside is so slow to change. They may be able to get away with it in Europe, but there are plenty of African American girls for New York designers and agencies to chose from.

In the Fall/Winter ’14 shows last February, 78 percent of runway models were white, a slight decrease from the previous season’s 79 percent. Meanwhile, there are several famous supermodels who are minorities, like Brazilian Gisele Bundchen, Somali-born Iman, and Naomi Campbell who is black and British. So what gives? Why do designers insist on maintaining such whitewashed runways?

One possible reason is that, as with racism in most cases, it is simply easy for designers to fall into the same trap of maintaining the status quo of what ‘looks good.’ While the point of fashion shows is to display designs, that doesn’t necessarily mean that minority models can’t walk the runway without looking “too exotic” and detracting from the clothes they are wearing. Designers and casting directors need to start making a conscious effort to chose models of varying races. After all, if uniformity is still a concern, that is what hair and makeup are for. Remember last season when Kendall Jenner hid among the models at Marc Jacobs and no one even recognized her because her eyebrows were bleached?

Another reason for the lack of diversity on the runway could be that there are not a lot of minority models attending castings in the first place. If that is true, then the fault would lie with the modeling agencies as opposed to the designers. According to the Wilhelmina Models site, 13 out of 51 of the models signed with them appear to be women of color, about 25 percent. That’s an under-whelmingly low proportion of minority models. So why aren’t model scouts finding more women of color?

The notion that only pale and blonde women can be beautiful is apparently still very ingrained in the fashion industry. Despite the fact that the number of white models is slowly decreasing each season, there is still a lot that needs to be done in order to erase this mentality. While I don’t think using affirmative action or establishing a certain quota for the number of white models allowed in one show would work, perhaps the CFDA could work to change this practice.

Several companies are already starting to promote the idea of using normal-sized girls as models, so why not start a campaign encouraging diversity? The president of the CFDA herself, Diane von Furstenberg, had about a third of her models as women of color in her show on Sunday, so I hardly think she would be opposed to promoting diversity in fashion. Von Furstenberg should use her power to eradicate the racist mindset in fashion and get more women of color on the runways.