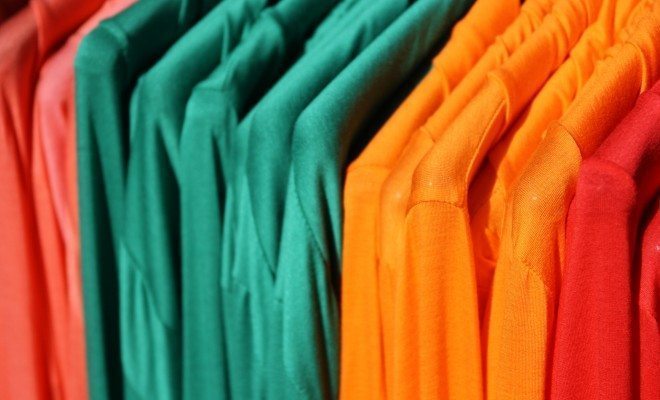 President Barack Obama gave his last State of the Union address ever last night, and hit on a lot (but not all) of the important issues the United States is facing right now. POTUS’s speech got plenty of accolades, and criticism, as is to be expected, but FLOTUS’s dress also made quite a splash. And while her dress was gorgeous, the statement she made wasn’t just about fashion:

Why was the internet freaking out over Michelle Obama’s dress last night? https://t.co/v9cnv5X53Apic.twitter.com/L6xyFcgNZx

The internet had a bit of a hard time trying to figure out exactly what color the stunning frock was–some guessed marigold, others posited mustard, and a few others tried saffron. But no matter what color people thought it was, the fashion consensus was that it was a great look. In fact, it has already sold out on Neiman Marcus’s site, it cost a cool $2,095.

But Obama’s dress didn’t just make headlines because it was an excellent sartorial choice–the choice, whether it was intentional or unintentional, carried its own symbolism, for a few different reasons. For one, it was designed by Narciso Rodriguez, a well-known fashion designer who also happens to be the son of Cuban immigrants who fled to the United States, and openly gay. This isn’t the first time that Obama has worn one of Rodriguez’s creations–he also designed the dress she wore on election night in 2008. But, last year was heavy with talk of immigration and LGBTQ rights, so wearing Rodriguez’s dress may have been a subtle homage to the Obamas’ politics.

There was also another possible political angle to Obama’s choice. As a few users of Twitter pointed out, orange is the color of the anti-gun violence movement, and Obama sat next to the empty chair that was left unoccupied to represent the victims of gun violence.

Also the color of her dress is a symbol for The National Gun Violence Awareness campaign. https://t.co/Nsxnd4d8pf

#EmptySeat next to #FLOTUS for #gunviolence. Her orange dress is the color for @MomsDemand, I doubt it’s coincidence pic.twitter.com/F9kZMhydv7

Obviously, there were significantly more important things that happened last night than Obama’s dress choice. But, consciously or not, she made some statements, and showed that a dress has the potential to make a bigger statement than one just about fashion.

Anneliese Mahoney
Anneliese Mahoney is Managing Editor at Law Street and a Connecticut transplant to Washington D.C. She has a Bachelor’s degree in International Affairs from the George Washington University, and a passion for law, politics, and social issues. Contact Anneliese at amahoney@LawStreetMedia.com.
Share:
Related ItemsDressfashionMichelle ObamaNarciso RodriguezSOTUThe National Gun Violence Awareness