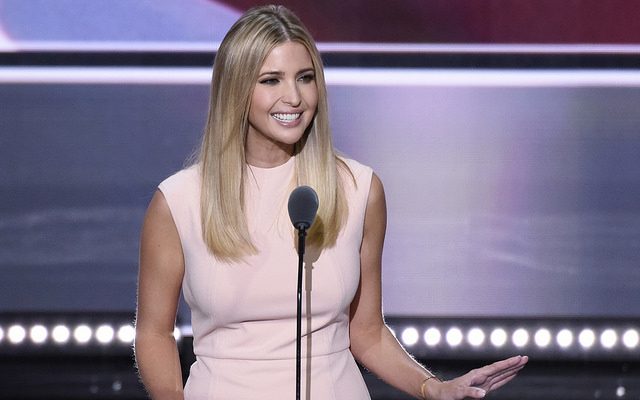 Ivanka Trump is used to defending her family name in the court of public opinion, but soon she may find herself having to do it in a real courtroom. A California company is suing Ivanka, claiming her fashion line bearing her famous moniker has an unfair advantage.

MAC argues that the first daughter’s businesses received a boost in sales after President Trump blasted Nordstrom on Twitter in February, after it dropped Ivanka’s line from its store. Trump tweeted:

My daughter Ivanka has been treated so unfairly by @Nordstrom. She is a great person — always pushing me to do the right thing! Terrible!

Political adviser Kellyanne Conway made matters worse the following day when she ended an interview with “Fox and Friends” by urging customers to “Go buy Ivanka’s stuff”–resulting in an ethics investigation.

The lawsuit claims that both instances resulted in “reaped unfair benefits and illegal profits at the expense of MAC and the Class it seeks to represent.”

According to data from Lyst, an e-commerce aggregator offering goods and tracking purchasing data from thousands of retailers, from January to February, Ivanka Trump sales increased 346 percent. If you compare her February 2017 sales to her average monthly orders in 2016, there was a 557 percent increase.

While Ivanka’s line has notably gained a boost in sales, its also suffered tremendous setbacks. Aside from Nordstrom, a string of other major retailers have dropped her line from their shelves due to declining sales, and the #GrabYourWallet boycott has led many people to avoid shopping at companies that support Trump family products.

MAC is seeking unspecified damages and a restraining order to preventing Ivanka’s line from being sold in California.

Alexis Evans
Alexis Evans is an Assistant Editor at Law Street and a Buckeye State native. She has a Bachelor’s Degree in Journalism and a minor in Business from Ohio University. Contact Alexis at aevans@LawStreetMedia.com.
Share:
Related Items#GrabYourWalletClass Action LawsuitDonald TrumpIvanka TrumpUnfair Competition