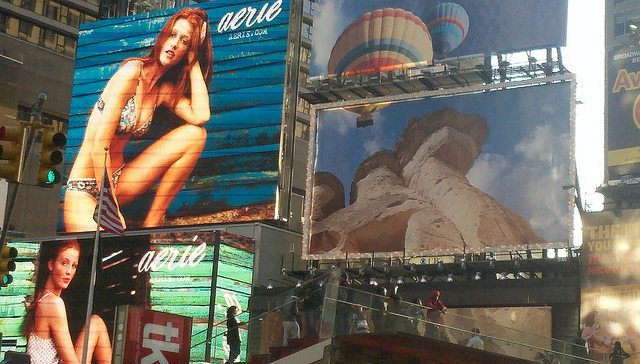 Can Congress Regulate What a “Real” Ad is?

Last week, online retailer Modcloth became the first company to take the Heroes of Advertising Pledge “to do [its] best not to change the shape, size, proportion, color and/or remove/enhance the physical features, of the people in [its] ads in post-production.” If for some reason it does alter any images on its site, Modcloth must note that the image is not “real.” The pledge was created by the Brave Girls Alliance, an organization that also proposed the Truth in Advertising Act of 2014, asking Congress to regulate the use of Photoshop in advertising.

Modcloth is notorious for offering clothing for everyone, featuring many plus-size models on its site. The Hero of Advertising Pledge is a huge step in the right direction for fashion advertising. Not only will it help to prevent weird Photoshop fails, but it could also present a more realistic image to consumers, specifically young girls whose body images could be affected by them.

The media has always been the number one scapegoat for body image issues in children and adults alike. Underweight models in advertisements have set a standard for what the consumers think they must look like in order to wear the clothes sold in stores. Companies like Modcloth are trying to break the standard by using “real people” as models. Earlier this year American Eagle Outfitters’ lingerie store, Aerie released a campaign in which all images were completely un-retouched with the slogan “The real you is sexy.”

But exactly how effective are ads with “real” models at selling clothes? While some companies may get too Photoshop-happy, a published ad shouldn’t be sloppy or it could fail to properly grab the consumer’s attention. There haven’t been any studies yet on how “real” ads influence a store’s sales, although consumers do claim they want to see more relatable-looking people in clothing ads.

Perhaps advertisers should establish a medium when it comes to Photoshopping so that models don’t end up missing limbs, but also look presentable and appropriate for the company they represent. The Hero of Advertising Pledge does allow for some use of Photoshop when it comes to a flyaway hair or concealing a tattoo, but it can be tricky to establish a limit on how much is too much Photoshop and how much is too little.

An awkwardly Photoshopped ad by Ann Taylor LOFT. LOFT justified the alteration by claiming they were trying to conceal the model’s tattoo. Courtesy of Buzzfeed.

Advertisers can only do so much when it comes to influencing consumers’ body images. Eating disorders stem from various other factors such as genetics and trauma, but can be triggered by a suggestive ad. If ads that promote rape culture are censored, it makes sense to also limit ads that could affect someone suffering from an eating disorder in the same way they could affect a victim of sexual abuse. It is tricky, however, to determine what could actually trigger consumers with eating disorders as their perception of what is “normal” is skewed.

Model casting could also be an issue when striving to create “real” ads because companies may not want to waste time and money retouching a model’s image, which is why tall and thin models are usually cast in the first place. How do companies define what is too thin? Ultimately, it is up to the company to determine what kinds of bodies they want to represent their brand. But what is going to stop them from sticking with unhealthy or underweight models? Overweight models can also be just as triggering to people with eating disorders as thin ones.

While many fashion ads may seem misleading, such a notion is technically the point of advertising to begin with. Restaurants rarely use “real” images of the food they actually serve and the same idea can apply to clothing ads. The consumer is not going to look exactly like the model does in a garment because everyone’s body is different. Also, advertisements are meant to create a somewhat idealistic image in order to grab a consumer’s attention and successfully sell a product. Adult consumers, unlike children, usually have the common sense to tell what is real and what is not.

When it comes to using people in advertisements, however, it is difficult to determine what is ethical. Photoshopping a model into oblivion is no more effective than a sloppily unedited ad. Advertisers need to establish an appropriate medium for altering images, and while Congress can provide a guide as to how much is too much, it is ultimately up to the company to decide what kind of image it wants to present.

Katherine Fabian
Katherine Fabian is a recent graduate of Fordham University’s College at Lincoln Center. She is a freelance writer and yoga teacher who hopes to one day practice fashion law and defend the intellectual property rights of designers. Contact Katherine at staff@LawStreetMedia.com.
Share:
Related ItemsAdvertisingAerieAmerican Eagle OutfittersBrave Girls AllianceHeroes of Advertising PledgeModclothTruth in Advertising Act