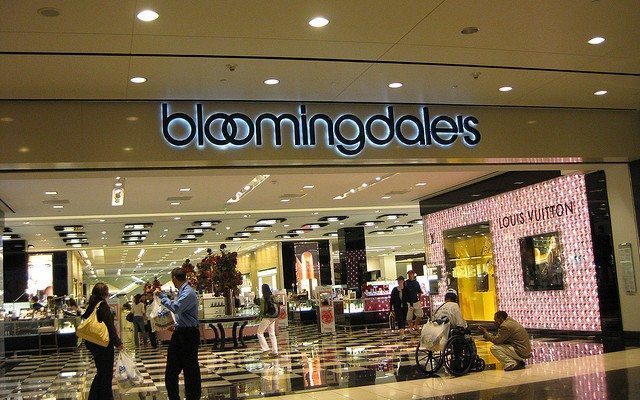 Someone on Bloomingdale’s marketing team is probably banging their head against something hard right about now. Why? Well, the luxury department store made a colossal mistake in its recent catalog with a holiday ad that appears to suggest men should date rape their friends this holiday.

The ad, which promoted Rebecca Minkoff merchandise, depicted a well dressed man glaring at a woman who appears not to notice him, with the caption “spike your best friend’s eggnog when they’re not looking.”

It didn’t take long before people began bashing the franchise, saying the language of the ad condoned sexual assault and rape.

Fascinated that throughout the editing process, nobody suggested this Christmas ad is a bad idea #Bloomingdales pic.twitter.com/zUaNJnlK7y

#Bloomingdales says to spike a friend’s eggnog when they’re not looking. Horrific and offensive. Especially if it’s in a plain red cup.

After realizing its terribly dumb mistake, Bloomingdale’s quickly started apologizing, but some users demanded the company prove its remorse by showing support for rape prevention organizations. Unfortunately since the ad had already been printed and sent out, there is no formal retraction process to help stifle the backlash.

Most likely Bloomingdale’s won’t go the extra mile by suddenly supporting sexual assault causes, but holding itself accountable is a good first step. It’s important to remember that these companies should be held to a very high standard, especially when the language they are advertising could possibly promote violence.

Alexis Evans
Alexis Evans is an Assistant Editor at Law Street and a Buckeye State native. She has a Bachelor’s Degree in Journalism and a minor in Business from Ohio University. Contact Alexis at aevans@LawStreetMedia.com.
Share:
Related ItemsAdBloomingdale'sDate RapeEggnogSexual Assault