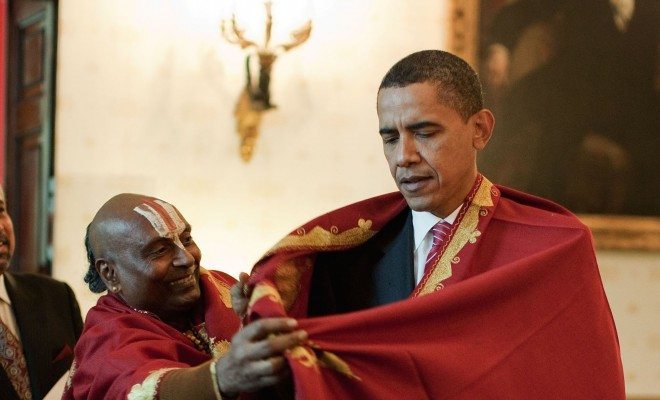 Having Faith in Politics

The Internal Revenue Service (IRS) was caught in the middle of a tug-of-war between Christians and atheists this summer. The Freedom From Religion Foundation (FFRF) sued the IRS for allowing a church to preach about political issues during services. As religious organizations like churches can have tax-exempt status, they are forbidden from making recommendations about political candidates. While the atheists’ suit was settled, the debate remains far from over. The intersection of American religion and politics is complicated to say the least. From personal appeals to Supreme Court cases, it is hard to find more controversial issues than those involving both church and state. But we should not ignore the topic; rather, it should be tackled head on.

Anti-religious sentiment, or at least sentiment against religion in the public sphere, is alive and virulent. David Silverman, the President of the American Atheists, said that the American “political system is rife with religion and it depends too much on religion and not enough on substance. Religion is silly and religion has components that are inherently divisive. …There is no place for any of that in the political system.”

The American Atheists are at least 4,000 members strong; the FFRF has over 19,000 members who subscribe to the belief that “[t]he history of Western civilization shows us that most social and moral progress has been brought about by persons free from religion.” Malcolm X, Muhammad Ali, Betty Friedan, and Dr. Martin Luther King, Jr. may disagree. American slavery was countered by devout abolitionists like Sojourner Truth. The movement would not have been the same had it not been for those leaders who saw slavery as simply not Christian. The British colonies in America partially owe their origins to the religious movement of the day. People “free from religion” cannot be called superior in Western progressive movements.

Atheism itself is not the issue. But claiming a moral superiority over religious people based solely on their religiousness is a mistake. This extends to the political sphere. Not because any nation should necessarily adopt theocratic tendencies, but because we should treat religion as a social institution rather than a political taboo. Marriage, education, families, and the economy are each social institutions brought up frequently in political discussions. Beyond that, some of the most popular rhetoric connects different institutions to one another; the White House website says that “President Obama is committed to creating jobs and economic opportunities for families across America.” Republican Marco Rubio’s website claims that “Senator Rubio believes there are simple ideas that Washington should pursue in order to improve education in America and prepare our children for the jobs of tomorrow.” Families, jobs, children, and education are all important in American society. They can also be highly personal and emotional when included in our political discourse; what really makes them so different from religion as a social institution?

To the liberals, even if you don’t buy into the idea that religion is an equally important social institution to others, you cannot deny that it shapes America’s politics, and therefore it deserves discussion. Every American president has been Christian and male, but could any liberal be taken seriously while arguing that we can’t talk about gender discrimination in our politics? Barack Obama is the only Black president of America’s forty four, but what Democrat could claim that we can’t talk about race in our politics? In this way, there is a deep hypocrisy in the liberal canon. Further, if religion in politics is shunned by everyone except for Christian conservatives, then the conversation will be dominated by them alone.

To the conservatives, look at the statistics. The Pew Research center shows that people who fall under the group “Protestant/Other Christian” (distinguished by Pew from Catholics and Mormons) voted for Mitt Romney over Barack Obama at a rate of 57 percent to 42 percent. This disparity is actually wider than it was during the 2008 election in which John McCain received 54 percent of the same group to Obama’s 45 percent. Jews in 2012 voted for Obama over Romney at a rate of 69 percent to 30 percent. The widest gaps are those within the groups “Religiously unaffiliated” and “Other faiths” who voted for Obama-Romney at rates of 70 percent – 26 percent and 74 percent – 23 percent, respectively. Reaching out to Latinos and Blacks is proving to be difficult, but there are plenty of non-Christian groups that the Republican party has largely overlooked.

Religion isn’t entirely absent from the political conversation, but where it is present, its place is static and stale. MSNBC will face off right-wing Christians who lambaste abortion and gay marriage against level-headed leftists. FOX News will pit religious people claiming family values against out-of-touch academics. When liberals eschew religious political discussion and conservatives only make room for their Christian constituents, the discussion doesn’t move anywhere. There is not only a need to have bring religion into the rest of our political discussion — to have faith in politics –but to remove it from its stereotypical and often misrepresentative position. Freedom of speech and religious freedom should flourish together with a substantial discussion that allows America to have faith in our politics.

Jake Ephros
Jake Ephros is a native of Montclair, New Jersey where he volunteered for political campaigns from a young age. He studies Political Science, Economics, and Philosophy at American University and looks forward to a career built around political activism, through journalism, organizing, or the government. Contact Jake at staff@LawStreetMedia.com.
Share:
Related ItemsAmerican AtheistsAtheismBarack ObamaChristianityFaithFFRFFox NewsFreedom From Religion FoundationInternal Revenue ServiceIRSJudaismMarco RubioMediaMSNBCMuslimObamaPolitical DiscoursePoliticsReligious FreedomTolerance