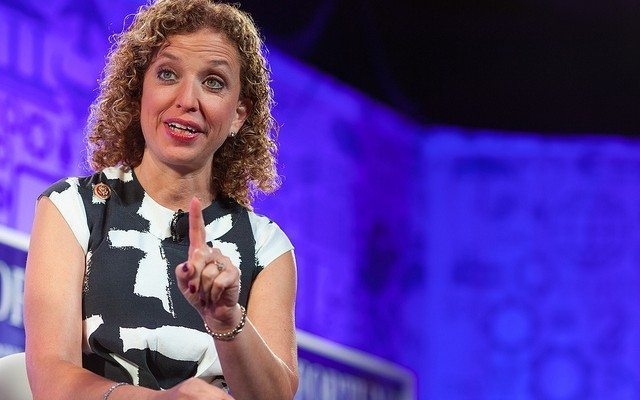 Yes, you read the title right.

On Monday’s episode of “The Daily Show” Trevor Noah sat down with Democratic National Conference (DNC) chair Debbie Wasserman Schultz to discuss the current presidential primary race from the Democratic side.

In between discussing the RNC’s Republican “clown car” and her party’s use of superdelegates, the conversation turned a little PG13 when Noah asked Wasserman Schultz if the DNC is conspiring to prevent Bernie Sanders (I-VT) from securing the nomination against Hillary Clinton. Noah asked,

A lot of people feel that Bernie Sanders … is being cockblocked by the DNC. Is there any merit to this?

The question comes after Wasserman Schultz has repeatedly faced scrutiny over the low number of debates the Democrats have had during this campaign cycle, and accusations that she’s acted more in the interest of Clinton due to biased favoritism.

Now my guess is, it isn’t very often that Wasserman Schultz finds herself being questioned on whether or not she’s “cockblocking” someone. That being said, she managed to handle the question pretty well firing back,

You know, as powerful as that makes me feel, I’m not doing a very good job of rigging the outcome or… “blocking” anyone from being able to get their message out.

The reality is that I have a job as national party chair that is one that requires a thick skin. It requires me to be able to absorb the body blows so our candidates can stay above the fray.

Watch the full clip below

Alexis Evans
Alexis Evans is an Assistant Editor at Law Street and a Buckeye State native. She has a Bachelor’s Degree in Journalism and a minor in Business from Ohio University. Contact Alexis at aevans@LawStreetMedia.com.
Share:
Related ItemsDebbie Wasserman SchultzDemocratic National ConventionDNCHillary ClintonSuperdelegatesThe Daily ShowTrevor Noah