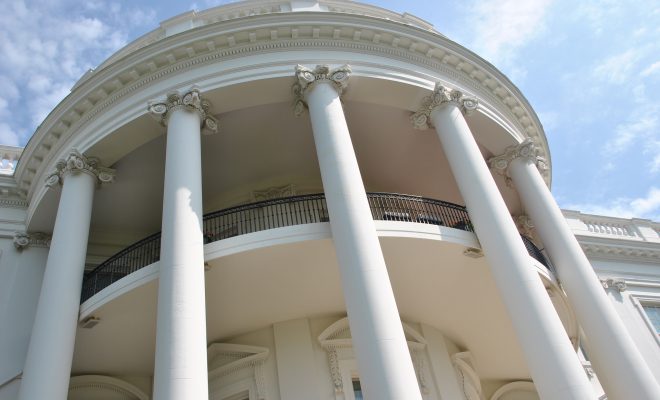 Given President Donald Trump’s Inauguration lineup, the first White House Correspondents’ Association (WHCA) dinner of his presidency may be a little less star-studded than in previous years. But comedian Samantha Bee is not going to miss her chance to “properly roast the president.”

The host of TBS’s late night talk show “Full Frontal With Samantha Bee” will bring her own event called “Not the White House Correspondent’s Dinner” to D.C. on April 29–the same night as the actual WHCA dinner.

The dinner is an annual event that brings together politicians, celebrities, and journalists that cover the White House. Traditionally, a famous comedian headlines the soiree and makes jokes at the expense of the president, after which the president performs his own comedy routine.

Nicknamed “nerd prom,” the dinner has also received criticism for creating too friendly of a relationship between reporters and the public figures they cover.

Bee told the New York Times that she and the staff of her show hatched the idea for their alternative event after wondering how the traditional dinner would play out differently under the new president.

“And then we thought, Why don’t we just do one, just to do it in the way that we would want it done if we were hosting it?” she said.

Trump’s attacks on the media and objections to being made fun of have led some journalists to question whether or not he would even attend the Correspondents’ Dinner.

At a recent press conference, he said that Buzzfeed was a “failing pile of garbage” and refused to take questions from CNN’s Jim Acosta, calling the network “fake news.” And last week, his top strategist Stephen Bannon told the New York Times that the media “should keep its mouth shut.”

The president has also been vocal on Twitter about actor Alec Baldwin’s impression of him on “Saturday Night Live,” calling it “unwatchable.”

At the 2011 dinner, Trump was notoriously unamused when President Barack Obama and comedian Seth Meyers mocked his vows to run for president and his role in the birther movement, which claimed that Obama was not a U.S. citizen.

Trump’s own attempts at stand-up have been met with tough crowds. During the election, he attended a New York charity dinner where each candidate was supposed to perform a lighthearted routine. But his jokes quickly devolved into a string of insults toward his opponent Hillary Clinton that was met with boos from the crowd.

Bee, who is currently in the process of booking other performers for her own event, said she thinks trying to plan this year’s Correspondent’s Dinner will be “very challenging” for the WHCA.

“Does 3 Doors Down do comedy? I don’t know, maybe they do,” she said, poking fun at one of the Inauguration weekend headliners.

She added that proceeds from her dinner will go to the Committee to Protect Journalists.

Though the former “Daily Show” correspondent is no stranger to mocking the president–she has even compiled a “thesaurus” that catalogues all of her anti-Trump insults–writing new jokes to top “screaming carrot demon” or “tangerine-tinted trashcan fire” will be no easy feat.

Victoria Sheridan
Victoria is an editorial intern at Law Street. She is a senior journalism major and French minor at George Washington University. She’s also an editor at GW’s student newspaper, The Hatchet. In her free time, she is either traveling or planning her next trip abroad. Contact Victoria at VSheridan@LawStreetMedia.com.
Share:
Related ItemsDonald TrumpFull Frontal with Samantha BeeSamantha BeeWhite House Correspondents AssociationWhite House Correspondents Dinner