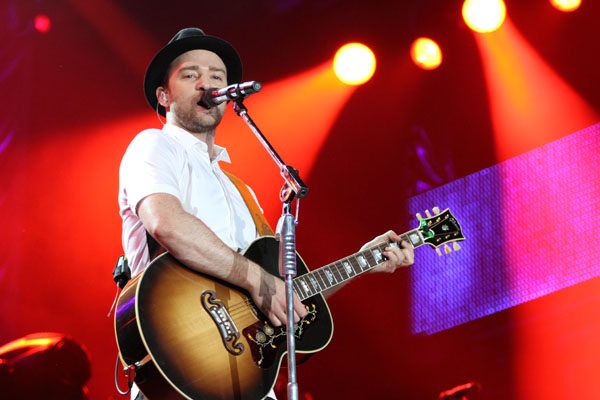 Justin Timberlake caused quite a stir on Tuesday after authorities reportedly said they were investigating the pop star for breaking the law. Timberlake flew home to Memphis for early voting and took a selfie, but Tennessee actually prohibits ballot selfies.

In May 2015, Tennessee Governor Bill Haslam signed a statewide bill that prohibits voters from taking pictures or recording conversations in a voting booth. A person convicted of the violation can face up to 30 days in jail and be fined $50.

Timberlake posted the picture on Instagram to encourage his fans to vote.

“Hey! You! Yeah, YOU! I just flew from LA to Memphis to #rockthevote,” he captioned the post. “There could be early voting in your town too. If not, November 8th! Choose to have a voice! If you don’t, then we can’t HEAR YOU! Get out and VOTE! #exerciseyourrighttovote.”

WATCH: @jtimberlake‘s selfie snafu. Did the star break the law in a polling booth? https://t.co/L2zBzaSj8phttps://t.co/0WCok9slrx

According to earlier reports, the District Attorney’s office said it had been “made aware of a possible violation of state election law” and the matter was “under review.” Vince Higgins, communications director for the office of Shelby County District Attorney General Amy Weirich, admitted that the statement was incorrect.

“While we are aware of an allegation that someone may have violated a Tennessee state election law, we have not been presented anything by an investigative authority,” Higgins said.

“The statement released earlier by my office regarding Justin Timberlake and an investigation was incorrect and was released without my knowledge,” Weirich said. “No one in our office is currently investigating this matter nor will we be using our limited resources to do so.”

It is illegal to take a photograph in a voting booth in 18 states in the U.S., according to the Associated Press.

The star of DreamWorks’ “Trolls” didn’t share who he voted for, but it can be assumed he voted for Democratic nominee Hillary Clinton. Timberlake and his wife Jessica Biel attended a fundraising event for Clinton in August.

Bryan White
Bryan is an editorial intern at Law Street Media from Stratford, NJ. He is a sophomore at American University, pursuing a Bachelor’s degree in Broadcast Journalism. When he is not reading up on the news, you can find him curled up with an iced chai and a good book. Contact Bryan at BWhite@LawStreetMedia.com.
Share:
Related ItemsBallot BoxJustin TimberlakeSelfieVoting