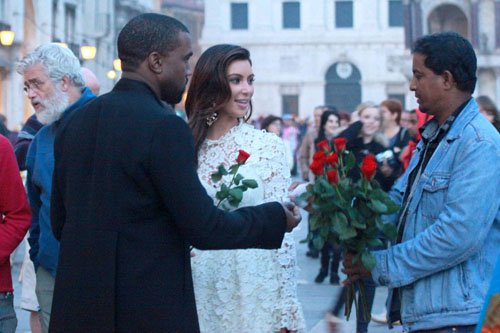 The robbery of Kim Kardashian in Paris in October is one step closer to being resolved after police arrested 17 suspects in the beginning of the week following a close review of security footage. On Thursday, four of them were charged. Investigators believe the robbery to be an inside job. Most of the suspects, three of whom are women, are professional criminals who have previously committed armed robbery or drug and counterfeit trafficking. A 40-year-old limousine driver from a company the Kardashians frequently use when visiting Paris was arrested, but he was subsequently released. However, his younger brother remains in custody, and police believe he is the one who told the experienced robbers about Kardashian’s whereabouts.

One of the four people charged on Thursday was a 63-year-old man referred to by the name “Yunice A.,” who was charged with armed robbery in an organized gang, kidnapping, and criminal association. He will stay in custody for the time being. Available information about the other suspects include that one 62-year-old and one 27-year-old are facing the same charges as Yunice A. A 44-year-old is charged with concealment/fencing by an organized gang and association with criminals. Six more suspects are still being questioned.

Reportedly, police were able to identify some DNA from the tape used to tie Kardashian, and also from a piece of jewelry that one of the thieves dropped in the street as they fled on rented bicycles. The DNA combined with the surveillance footage led to the arrest of the thieves.

Charges have been filed against 4 suspects involved in the Kim Kardashian Paris robbery. https://t.co/JxKuN9QUou pic.twitter.com/a228pTmPiR

According to the Daily Mail, French authorities won’t let an eyewitness who could testify against the robbers into France. An Algerian concierge at the place where Kardashian was staying, known as Abdulrahman, saw the robbers’ faces. After the robbery, he left France to go home and recover from the stress of being held at gunpoint. Now, the French government won’t issue a visa to let him back in and testify, even though he previously was a legal resident in France. His lawyer Henri de Beauregard said:

I don’t know if this is incompetence or just a bad decision. He is the best witness, he saw the criminals much longer than Miss Kardashian. I hope the police have a lot of solid proof and evidence, because if they don’t, it will be seen as a crazy decision.

The robbery happened when Kardashian was in Paris to attend Fashion Week in the beginning of October. Five men disguised as police officers entered the mansion she was staying in, had the concierge take them to Kardashian’s room and stole jewelry worth $10 million after holding her at gunpoint and tying her up in the bathroom. Among the stolen items was her 20-carat engagement ring, worth $4 million.

Emma Von Zeipel
Emma Von Zeipel is a staff writer at Law Street Media. She is originally from one of the islands of Stockholm, Sweden. After working for Democratic Voice of Burma in Thailand, she ended up in New York City. She has a BA in journalism from Stockholm University and is passionate about human rights, good books, horses, and European chocolate. Contact Emma at EVonZeipel@LawStreetMedia.com.
Share:
Related ItemsArmed RobberyArrestedCrimeCriminal ChargesFranceKim KardashianParisPoliceRobbery