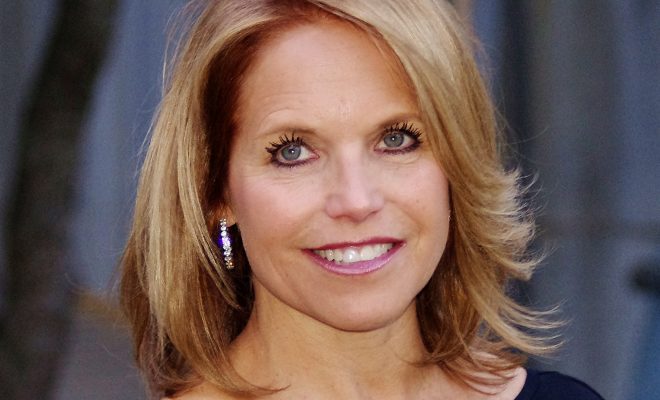 Katie Couric, famous journalist and current Yahoo! Global News Anchor, now faces a $12 million lawsuit for her recent documentary “Under the Gun.” The plaintiffs in the suit are members of the Virginia Citizens Defense League who were interviewed for the movie and claim that their representation in the film was unfairly edited and amounts to defamation.

The Virginia Citizens Defense League (VCDL), as well as two of its individual members, filed a lawsuit against Couric and others that produced the film in a U.S. District Court in Richmond, in which they argue that a clip of the movie was edited unfairly and constitutes defamation. The lawsuit reportedly seeks $12 million in compensatory damages and $350,000 in punitive damages per plaintiff.

The segment in question involves Couric’s interview with several members of the VCDL, specifically the clip involving a question about their views on background checks for gun purchases. The clip was edited to make it appear as though the plaintiffs were unable to answer a question, when in fact, they quickly responded to Couric.

Here’s the clip as it appeared in the movie:

And here’s the audio from the actual interaction given to the Washington Free Beacon:

In the lawsuit, the plaintiffs argue,

The fictional exchange is defamatory because it holds the Plaintiffs up as objects of ridicule by falsely representing that, as experts in their respective pro-Second Amendment trades, they had no basis for their opposition to universal background checks.

It’s pretty obvious that the movie’s editing amounts to a dishonest representation of what happened. The film makes it look like Couric’s question–which asks whether background checks are necessary to prevent terrorists and criminals from purchasing guns–completely stumped the members of the Virginia Citizens Defense League whom she was talking to. But when you listen to the actual audio, you notice that the interviewees almost immediately provide a rebuttal. Moreover, the film was edited to show b-roll footage of the VCDL members sitting still for about eight seconds after they were asked the question prior to cutting to the next scene. This added to viewers’ perceptions that they were stumped by the question when, in fact, they quickly responded.

This is also something that Couric herself has admitted. In a statement on the documentary’s website, Couric wrote, “I take responsibility for a decision that misrepresented an exchange I had with members of the Virginia Citizens Defense League.” She continued: “I went back and reviewed it and agree that those eight seconds do not accurately represent their response.”

Although everyone can agree that the clip was misleading, the question that remains is whether it amounts to defamation. Defamation lawsuits are not easy cases to win. The plaintiffs will need to prove that Couric and the other producers acted with “actual malice.” This means that not only was their work false or misleading, but it also intended to do reputational harm to those in the clip.

A misleading portrayal of someone may be less likely to be considered defamatory compared to showing something insulting about a person that is verifiably false. Defamation claims also need “clear and convincing evidence” to support their claims, a relatively high standard for the burden of proof.

In response to the lawsuit, a spokesperson for Stephanie Soechtig, the movie’s director who is also named in the suit, told CNN:

It’s ironic that people who so passionately defend the Second Amendment want to trample the rights guaranteed to a filmmaker under the First. Stephanie stands by ‘Under the Gun’ and will not stop her work on behalf of victims of gun violence