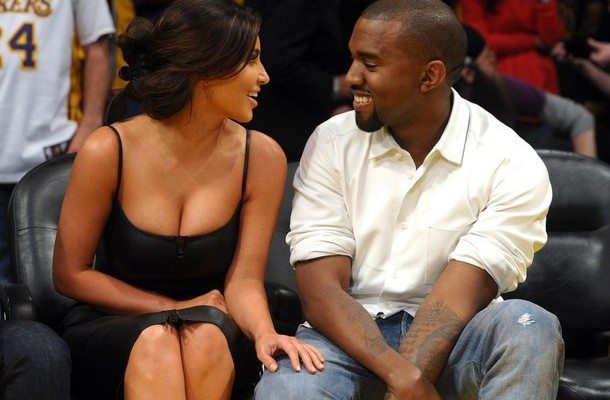 The battle between Taylor Swift and Kanye West over his song “Famous” may become a legal one thanks to newly-leaked footage from West’s wife, Kim Kardashian West.

After Kim accused Swift of continuing to “play the victim” on Sunday night’s episode of “Keeping Up With The Kardashians,” she backed up her claims by finally leaking the videotaped telephone conversation between Kanye and Swift on Snapchat. The footage proves that not only did the “Bad Blood” singer  know about the song before its release, but she approved of its lyrics. However, Kimye may want to hold off celebrating, because that recorded phone call may actually be illegal.

But before we get to all that I’ll do my best to catch up all of you who are struggling to follow along because either (a) you don’t religiously follow all of the Kardashians on social media like me or (b) you somehow forgot about that awkward MTV VMAs seven years ago. Here’s a timeline of the drama:

PART 1: Kanye calling Taylor Swift to tell her about the #FAMOUS lyrics. Courtesy of KKW. pic.twitter.com/TIiqxxzLUh

PART 2: Taylor agreeing to tell the media she was in on the #FAMOUS lyrics from the beginning. 🎥: KKW. pic.twitter.com/PbXUnGreas

That moment when Kanye West secretly records your phone call, then Kim posts it on the Internet. pic.twitter.com/4GJqdyykQu

Now that you’re all caught up, here’s where the legality of the footage comes in. Did Kanye break the law by filming his conversation with Swift? It depends on the state.

Federal law “permits recording telephone calls and in-person conversations with the consent of at least one of the parties.” This is commonly referred to as “one-party consent.” However, some states require all parties to consent to the recording. These states include: California, Connecticut, Florida, Hawaii, Illinois, Maryland, Massachusetts, Montana, Nevada, New Hampshire, Pennsylvania, and Washington.

If two parties are in two different states, the laws in either state, or even federal law, may apply–and California law is strict. Under the California Penal Code, a first-offense for illegal telephone recording can carry a fine of $2,500 or even imprisonment for up to one year.

The California Supreme Court also established a precedent in 2006, ruling in Kearney v. Salomon Smith Barney Inc. that if a caller in a one-party state records a conversation with someone in California, that one-party state caller is subject to the stricter of the laws and must have consent from all callers.

So in other words, it’s unclear whether or not Kanye could face face legal charges for recording the call, or if Kim could be on the hook for distributing the recording. It will be interesting to see whether or not Taylor’s team chooses to pursue legal action.

Alexis Evans
Alexis Evans is an Assistant Editor at Law Street and a Buckeye State native. She has a Bachelor’s Degree in Journalism and a minor in Business from Ohio University. Contact Alexis at aevans@LawStreetMedia.com.
Share:
Related ItemsCelebritiesKanye WestKim KardashianOne-Party ConsentTaylor SwiftTelephone RecordingTwo-Party Consent