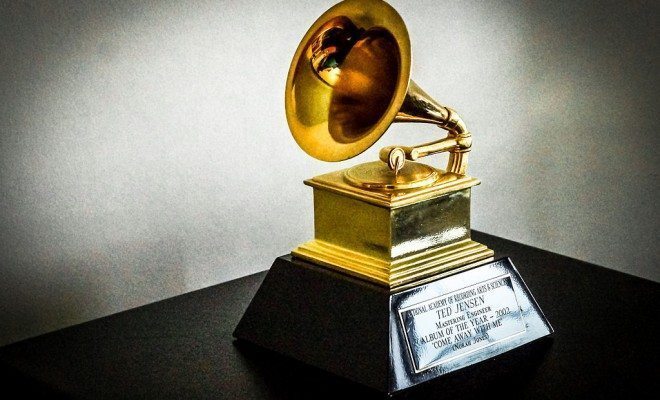 Image courtesy of [Dmileson via Wikimedia]

The Grammys Get Political Behind The Scenes

The National Academy of Recording Arts and Sciences, known best for hosting the Grammys, is getting political this year, and not in a “Formation” kind of way. The Academy has created a Political Action Committee intended to support and protect recording artists by attempting to influence Congress on important bills.

Currently, the Academy’s PAC, called ‘the Grammy Fund for Music Creators’ is taking aim at getting the Fair Play Fair Pay Act passed. Like most bills, the name sounds appealing, but the drafting and passing of this bill has become quite contentious. The core of the bill would require radio stations to pay additional fees in order to play songs, and other parts of the bill would concern payments from online streaming.

When you buy a song on iTunes, or stream a song on Spotify, the money spent is split between Apple or Spotify, and then then between the artists, producers, and songwriters, according to their agreement. When music is used in another work of art, such as in a film or TV show, or sampled in another song, royalties are similarly distributed. There’s one major exception to this trend: when music is played on the radio, the stations pay royalties to the songwriters, and no one else.

The reasoning behind this is that airtime on radio stations is considered “promotional,” and is argued to drive sales of music and build popularity of artists. Even in our streaming-saturated music scene, most Americans still go the the radio for new music. Of course, the recording artists see it differently. They claim that with record sales dropping year after year, radio is an increasingly weak promotional force, and shouldn’t be exempted any more than Rdio, Spotify, Pandora, or Apple Music. Some criticize this new bill as a ‘cash grab,’ calling to mind Taylor Swift’s ongoing boycott of Spotify.

Proponents of local radio worry that these potential regulations would be stifling to small radio stations. The Free Radio Alliance explains why on its webpage:

The multinational record labels want a bigger slice of the pie and they want Washington to give it to them. The record labels have made several attempts to impose a performance tax, or fee, on free and local radio stations through Congressional legislation in the past and now they are back at it. A performance fee would require radio stations to pay the record labels yet another fee to air music free, over-the-air to listeners. Congress has continually rejected the notion that imposing a new fee is appropriate, based on the tremendous promotion value radio stations provide to labels and performers.

The Academy claims that the proceeds will benefit the artists, adding a specific claim in the statement by one of the Grammy Fund’s officers, Harvey Mason Jr.:

We represent everybody, not just superstar artists. So we are careful in how we disseminate our message, and when we go to D.C. or have events, it is with a variety of people from the bottom to the top.

While the effort to give money to the artists and creators is noble, it may be difficult to achieve this goal, given that it would need to overcome the precedent of radio stations being able to inexpensively play music. It’s worth learning more about the process to evaluate whether you support the bill. I’d recommend checking out Rolling Stone’s in-depth analysis of how royalties are divided in various music listening formats. And if you tune in to this year’s Grammy Awards, you’ll likely notice a more nostalgic tone, with David Bowie and Lemmy tributes planned. But you should know that behind the scenes, the Academy is taking a political stand with far-reaching implications.