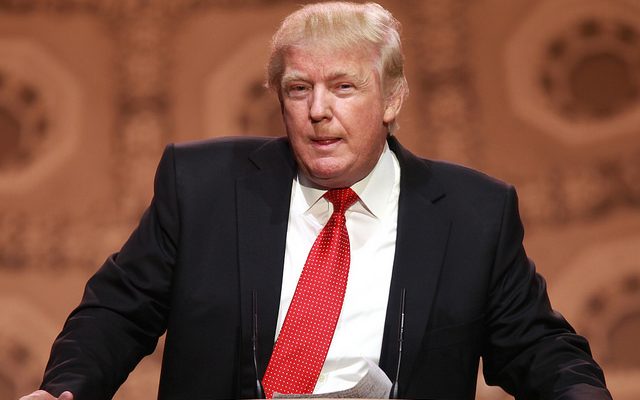 The mystery that is Donald Trump’s hair has perplexed the masses for years. Trump never leaves his penthouse without his signature golden retriever comb over, despite being mocked mercilessly for it. But what’s going on in there? Is it real? Is it fake? Is it a toupee? Or possibly a hair transplant? America wants to know!

“Tonight Show” host Jimmy Fallon had the privilege of seeing the billionaire’s tresses up close Thursday night, and had the audacity to ask Trump if he could “mess up his hair.”

And Trump let him!

From the looks of it, the hair is definitely attached to Trump’s head, so that rules out a toupee. But whether or not it’s some sort of weave or extensions, I think that’s still up for debate. Either way, a big thank you to Fallon and Trump for making all of our days. The moment will surely go down as one of the best from this election cycle.

Watch Fallon mess up Trump’s hair in the video below:

Alexis Evans
Alexis Evans is an Assistant Editor at Law Street and a Buckeye State native. She has a Bachelor’s Degree in Journalism and a minor in Business from Ohio University. Contact Alexis at aevans@LawStreetMedia.com.
Share:
Related Items2016 Presidential ElectionDonald TrumpHairJimmy FallonThe Tonight Show