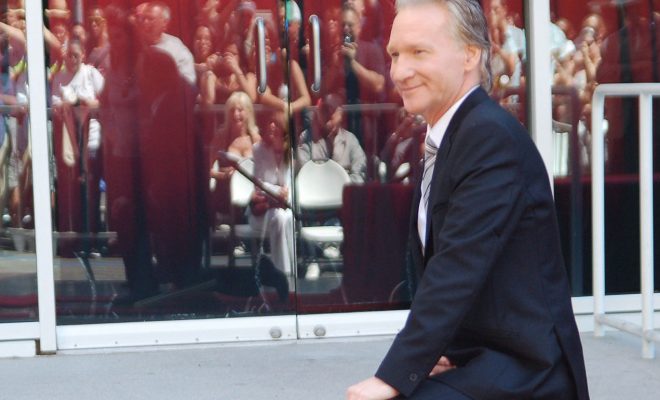 Things took a quick turn for the worse when HBO “Real Time” host Bill Maher was chatting with Nebraska Senator Ben Sasse. After Sasse asked Maher if he would be willing to come work in the state, Maher responded by using a racial slur traditionally used to target and oppress African-Americans.

Sasse did not react and the studio audience applauded the “joke.”

This incident, as would be expected, sparked outrage. Celebrities from both sides of the aisle reacted with either support for Maher or disdain for his insensitive word choice.

Chance the Rapper immediately hopped on Twitter and asked HBO to cancel the show.

Please @HBO Do Not Air Another Episode Of Real Time With Bill Maher.

Wayne Brady didn’t make a plea to HBO. Instead he simply said, “I told you so.”

I tried to tell people… https://t.co/P8YXL6TflM

While those celebrities were angry with Maher, rapper Killer Mike didn’t want to dwell on it. Mike, who endorsed Bernie Sanders in the 2016 election, sees larger problems that the black community faces and wanted to focus on those. He tweeted: “black have BIGGER things than N***ER to concern our selves with: Black Banks, Gentrification, Economics & Trade Education. Love, My N***a.”

While some expressed outrage, there was also support for Maher. Fellow talk show hosts Piers Morgan and Larry King defended Maher and hoped that people could move on.

I’ve been a friend of @billmaher‘s for years and there’s not a racist bone in his body. Let’s accept his apology and move on.

Bill Maher Apologizes for Use of Racial Slur on ‘Real Time’ https://t.co/iHTloTZpDV. Let’s accept his contrition and move on.

With celebrities spanning the entire political spectrum, there was both support and disdain for Maher after his actions. While HBO officials did not take Chance’s advice and cancel the show, they did release a statement condemning his words.

“Bill Maher’s comment last night was completely inexcusable and tasteless. We are removing his deeply offensive comment from any subsequent airings of the show,” HBO said.

Josh Schmidt
Josh Schmidt is an editorial intern and is a native of the Washington D.C Metropolitan area. He is working towards a degree in multi-platform journalism with a minor in history at nearby University of Maryland. Contact Josh at staff@LawStreetMedia.com.
Share:
Related ItemsBill MaherCable televisionCelebritiesRacial SlurRacismReactionsTalk showsTwitter